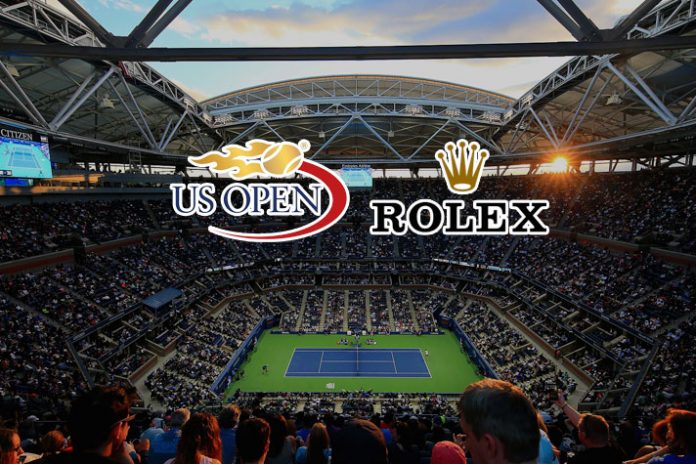 Swiss watchmaker Rolex, a long-time supporter of tennis, has become an official sponsor of the US Open. The luxury watch brand Rolex will serve as US Open Official Timekeeper and Official Timepiece starting immediately with preparations for the 2018 US Open.

At this year’s tournament, Rolex timepieces and clocks will be visible throughout the grounds of the USTA Billie Jean King National Tennis Center, including the signature clock that is affixed to the outer façade of Arthur Ashe Stadium.

In addition to its new US Open sponsorship, Rolex will sponsor the Western & Southern Open in Cincinnati, completing its sponsorship of all nine Masters Series events.

The new multi-year partnership between the USTA and Rolex goes beyond the US Open official timekeeper status for the Swiss watchmaker. The partnership will also include Rolex’s support of the USTA National Campus at Lake Nona in Orlando, Florida, as well as the programs of the USTA Foundation, the official charitable arm of the USTA, which assists under-resourced youth.

“Rolex is a true champion of tennis that shares the USTA’s passion for the sport,” said Gordon Smith, Chief Executive Officer & Executive Director, USTA. “As we celebrate 50 years of the US Open, we are delighted to welcome this iconic, luxury brand as a partner, and we are thankful for their support of the USTA’s mission to grow the game.”

Rolex has supported tennis for the last 40 years, beginning with its association with Wimbledon in 1978 and serving as Associate Sponsor and Official Timekeeper of the Australian Open.

“It was only natural that Rolex would seek to build on its Grand Slam heritage, in this case through an association with the USTA and its flagship tournament, the US Open,” said Stewart Wicht, President and CEO of Rolex Watch USA. “The partnership brings together two organizations who share a passion for quality, excellence, precision and performance.”