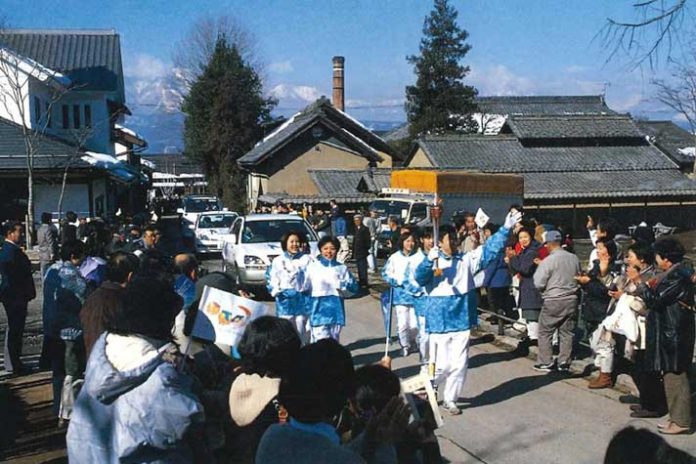 Olympic Games worldwide partners Toyota has also joined the Tokyo 2020 Olympic Torch Relay as a Presenting Partner. The Tokyo Olympics Torch relay will start its Japan sojourn on March 26, 2020, from Fukushima to bring the message of hope across the 47 prefectures in the island nation.

Toyota is also a Mobility Partner for the Tokyo 2020 Games.

Through the Tokyo 2020 Olympic Torch Relay partnership, and thanks to activities such as a campaign to recruit torch-bearers, the Torch Relay and its allied events, Toyota will work towards building excitement for the Games and empower people across Japan, including disaster-affected areas, Tokyo 2020 has stated.

By supporting emergency and long-term economic recovery in various regions of Japan, people at Toyota have been in the unique position to bear and witness, first hand, to the challenges and courage of those affected by disasters or hardship. The Torch Relay is thus an opportunity for the Japanese automobile major  to express gratitude towards its stakeholders, deliver hope and further connect with people, both in Japan and around the world.

“The theme of the Tokyo 2020 Olympic Torch Relay, ‘Hope Lights Our Way’, aims to empower people across Japan, including in disaster-affected areas, and to express hope and gratitude to people in the rest of the world for their kind support and encouragement to the Japanese in our most difficult times,” said Toyota Motor Corporation President Akio Toyoda.

“The Tokyo 2020 Olympic Torch Relay will start from Tohoku, the site of the Great East Japan earthquake and tsunami of 2011. For Toyota, the Tohoku region of Japan is positioned as one of our most important production hubs, and we have worked closely with the people in the area by making cars as one way to help their recovery following the 2011 disaster. We have customers all over Japan, and our dealer and supplier network is spread throughout the country. As natural disasters occur in various parts of Japan, we see and learn from the courage and ‘never-give-up’ spirit of the people so deeply affected.”

Yoshiro Mori, President of Tokyo 2020, said, “We are delighted that one of the Presenting Partners of the Tokyo 2020 Olympic Torch Relay will be Toyota Motor Corporation, which is also a Mobility Partner of the Tokyo 2020 Games. The Relay team of runners and staff will travel across the whole of Japan for a total of 114 days. Toyota’s support as both a Presenting Partner and a Mobility Partner will ensure that the Relay participants proceed safely, securely and comfortably, as well as have fun.”

Toyota’s current Executive Vice President, Mitsuru Kawai, was chosen as a torchbearer at the Olympic Winter Games Nagano 1998, as one of the representatives of the company. Reflecting on the significance of the Olympic torch, Kawai said: “The Torch represents the spirit of Olympism. I remember feeling the weight of the Torch from the responsibility and history it represents, when I carried it at Nagano 1998. Toyota wants to help create an inclusive society where anyone can challenge their impossible and I can tell you that all Toyota members are eager to join forces as a company to support the organising committee’s Torch Relay concept ‘Hope Lights Our Way’.”

Toyota became the official worldwide mobility partner of the International Olympic Committee (IOC) and the International Paralympic Committee (IPC) in 2015. As the Worldwide Mobility Partner, Toyota is committed to mobility as a source of inspiration and as a way to improve the quality of life for all. In line with this commitment, Toyota also became a Worldwide Paralympic Partner in 2015.