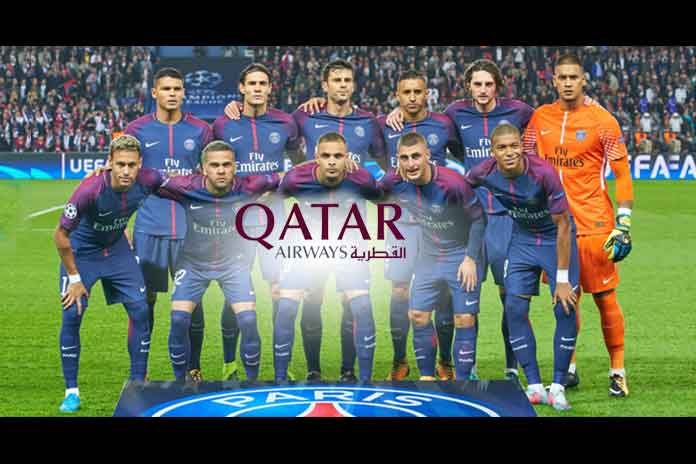 French football giants Paris Saint-Germain are keen to replace rivals Emirates with the rival Qatar Airways. Qatar Airways CEO Akbal Al Baker has told the French media that the Doha-based airlines may soon join the negotiations for the rights, held by rivals Emirates till the end of this seasons.

PSG is expecting €80 million from the new deal. French media has quoted al Baker as saying that the big expectation by the club did not scare him. “It’s a problem we can obviously negotiate,” the reports quote al Baker as saying. “Yes. I’m sure we would be interested if the opportunity presented itself.”

Fly Emirates is reportedly preparing to leave the Paris Saint-Germain shirt rights next year. The Gulf-based bank is expected to move to Olympique de Marseille, whose jersey sponsorship with Orange will be over this year.

Emirates has been the key shirt sponsor of PSG, owned by the Qatar Sports Investments since 2006 but the deal. Since the UAE is one of the nations to impose a trade and travel embargo on Qatar for “harbouring and supporting terrorism”, Emirates would find is hard to a business entity owned by a Qatar-based enterprise.

Emirates is also not willing to invest €80 million ($93 million) per annum PSG president Nasser Al-Khelaifi is reportedly seeking. Emirates currently pays between €25 million (US$29 million) and €30 million (US$35 million) annually to the Ligue 1 champions.

Qatar Airways has long been touted as a potential replacement, although a deal with the airline could arouse suspicion with Uefa, European soccer’s governing body, given the club’s ownership ties to the Gulf nation. This is especially pertinent with PSG’s economic dealings currently under the microscope of Financial Fair Play (FFP) as a result of Der Spiegel’s Football Leaks documents, states a SportsProMedia report.

PSG were accused of overvaluing sponsorship deals to help meet FFP rules, which require clubs to balance spending with their revenue. The reports also claim that the club negotiated with the president of world soccer’s governing body, Gianni Infantino, who was then general secretary of Uefa, to agree reduced punishments for FFP breaches.

Meanwhile, Emirates has been linked with a move to PSG’s domestic rivals Marseille, whose shirt sponsorship agreement with Orange also expires at the end of the 2018/19 season.

On the field, however, PSG have a thus far unblemished domestic record, having won all 13 Ligue 1 games this season, leaving the star-studded Paris outfit 13 points clear of nearest challengers Lille.