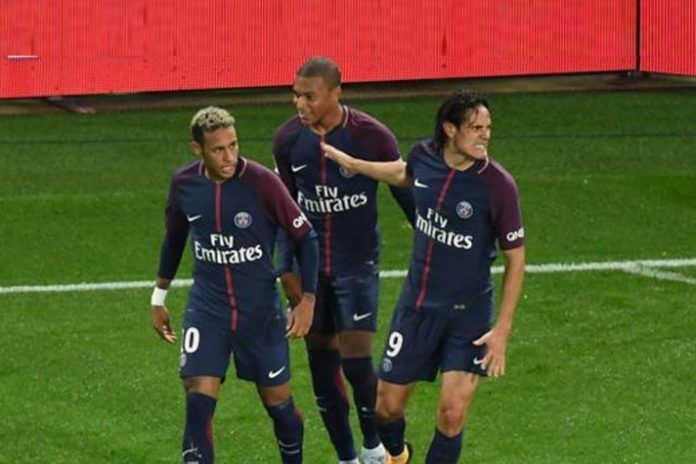 French football giants Paris Saint-Germain (PSG) are reportedly looking forward to end their shirt sponsorship deal with Emirates Airlines after the 2018-19 season that goes under on August 11.

The Ligue 1 champions have decided against extending their current 5-year deal with the Dubai-based airlines after the 2018-19 season for the want of better deals, French national sports daily L’Equipe has reported.

The move could potentially end the 14 year alliance between PSG and Emirates. The airline was first signed as the principal sponsor of the club in 2006.

The company reportedly pays the club between €25 million ($29 million) and €30 million ($35 million) annually. According to some reports the exact annual value of the deal has been estimated at $32 million.

During the most recent negotiations about extending the partnership, PSG president Nasser Al-Khelaifi reportedly wanted as much as €80 million ($93 million) per year, a demand that Emirates were not willing to entertain.

Had the terms negotiations come to fruition, the deal would have become the most expensive shirt sponsorship in the European club football ever signed till date leaving behind the deal which sees the same airline paying Real Madrid $83 million annually. PSG currently sits at tenth spot behind Bayern Munich– Deutsche Telekom $160 million ($32m p.a) deal.

L’Equipe have said that PSG have already started the search for a replacement for Emirates, with an Asian company in insurance or electronics a possibility. Speculations are also rife about Qatar Airways being a potential replacement, although a deal with the airline could arouse suspicion with UEFA, given the club’s ownership ties to the Gulf nation.