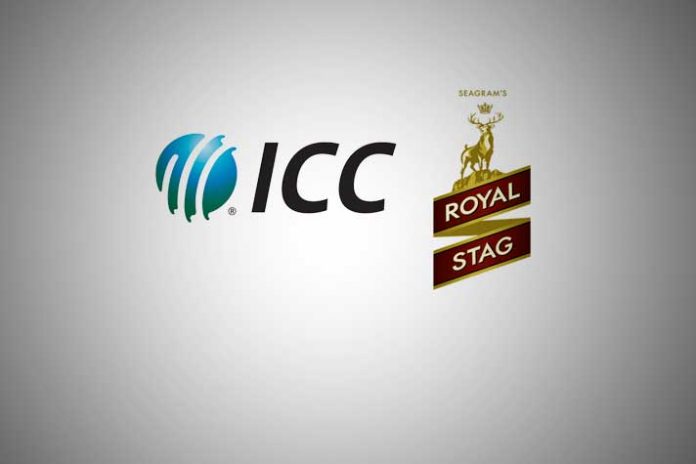 Cricket has always been central to Royal Stag’s brand communication. Over the years, the brand’s continuous association with the world’s top cricketers has bolstered its engagement with cricket lovers across the country.

Commenting on the agreement, David Richardson, Chief Executive, International Cricket Council, said: “The ICC is pleased to welcome Royal Stag on board as our proud partner. We look forward to working together for the next five years in delivering a meaningful experience to the one billion plus adult cricket fans across ICC global events.”

Kartik Mohindra, CMO, Pernod Ricard India said: “Royal Stag has always stood by its brand philosophy of “Make It Large” – inspiring people to dream large and be the creators of their own destiny. Our journey with cricket started in 2000 and since then we have only strengthened our brand associations with the sport, creating a huge impact on cricket fans across the country.”

Mohindra further added: “Our aim is to share the excitement of the game with cricket fans around the world. Partnering with ICC, one of the most coveted sports bodies in the world, allows us to deliver a truly “Make it Large” experience for die-hard cricket fans, especially with the ICC Men’s Cricket World Cup around the corner.”

On this momentous occasion, Guillaume Girard-Reydet, MD, Pernod Ricard India said: “We are delighted to have partnered with the prestigious International Cricket Council for the coming five years. We are looking forward to an action-packed partnership, which includes two events in India. As India gets ready to host these upcoming tournaments, this partnership firmly cements our position in the international sports arena. We continue to stay committed to the sport and cherish the spirit of the game.”

It is ICC’s second sponsorship deal with an Indian alcohol brand within a fortnight after the world governing body for cricket had announced beer brand Bira 91 as its official sponsor for the global tournaments.

The announcement today confirms that Royal Stag and Bira 91 will now be present among the global sponsors at the ICC Cricket World Cup, ICC T20 World Cup and ICC World Test Championship.