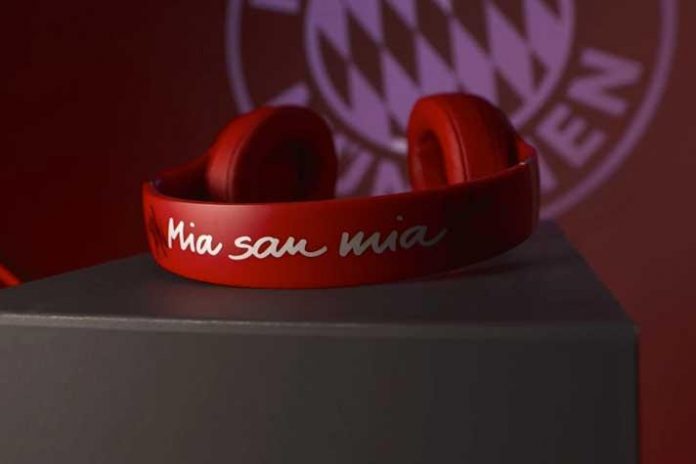 Beats by Dr. Dre will continue to serve as the German football club’s official ‘fourth level’ partner until June 2019. The two parties had partnered in 2015, the year after the brand was acquired by US technology giant Apple Inc.

The premium audio products manufacturer will continue to supply the German champions with high-quality headphones and loudspeakers. Until the end of 2018-19 season

Bayern Munich has said in a statement that the products from Beats by Dr. Dre have long been an important element of mental preparation for training and competition for FC Bayern stars as well as many other top athletes worldwide.

Bayern Munich fans are also set to benefit from this partnership. Two Beats by Dr. Dre headphones, signed by Mats Hummels, Joshua Kimmich and Arturo Vidal, in exclusive and strictly limited ‘Mia san mia’ design are up for grabs in a contest announced by the club.