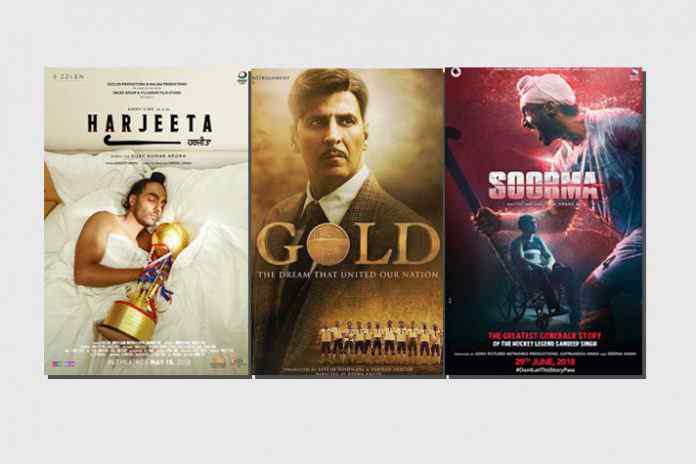 The Friday, May 18, marks the first hit on the target for Indian hockey to score a hat-trick on celluloid. Amidst the Indian Premier League frenzy, India’s ‘national sports’ is all set to rule the silver screen with three successive releases – a never before for any sports discipline.

The Indian cine and hockey lovers are in for a royal treat with the release of three feature films on the sport that has given the nation it best Olympic memories and medals. Harjeeta, the Punjabi-language biographic drama, is the first to hit screens.

Released today, Friday, May 18, Harjeeta is a bio-drama on the life and journey of Harjeet Singh. The Punjabi movie portrays the life, struggle, determination and journey of Harjeet, who led India in the 2016 Men’s Hockey Junior World Cup. He led India to the World Cup title triumph after 15 years. The Punjab boy has risen from poverty and hardships to grace Indian hockey. The biographical film also has its share of romance and tragedy. How his poverty cost him the love of his life as he didn’t have a cup and a saucer at home to serve her tea.

The Shaad Ali-directed Soorma is a biopic on the life of India’s star drag-flicker Sandeep Singh, who was confined to a wheel chair for two years by an accidental gunshot wound. Sandeep returned from the injury to lead the Indian national team. The Sony Pictures Network production features Diljit Dosanjh as Sandeep Singh. Tapsee Pannu as Harpreet portrays Sandeep’s lover and wife Harjinder. Angad Bedi will be seen as Bikramjit Singh, Sandeep’s elder brother and himself a hockey player.

The multi-starrer is slated for a pan-India release on July 13.

The Akshay Kumar-starrer is based on the real story of India’s first Olympics gold medal after the Independence. The film, projecting India’s title triumph at the 1948 Summer Olympics, is aptly planned to be released on the Republic Day. The high-budget fictional drama is shot in Yorkshire and Midlands, England. Sandeep Singh has trained the actors to hone their hockey skills.

The lead actor Akshay is portraying Balbir Singh Sr, who had scored two goals in the final against Britain. Surprisingly, Balbir Singh Sr was made to sit out in the first match.

The hockey fever is here to stay with India set to host the Hockey World Cup in Odisha from November 28 to December 16.