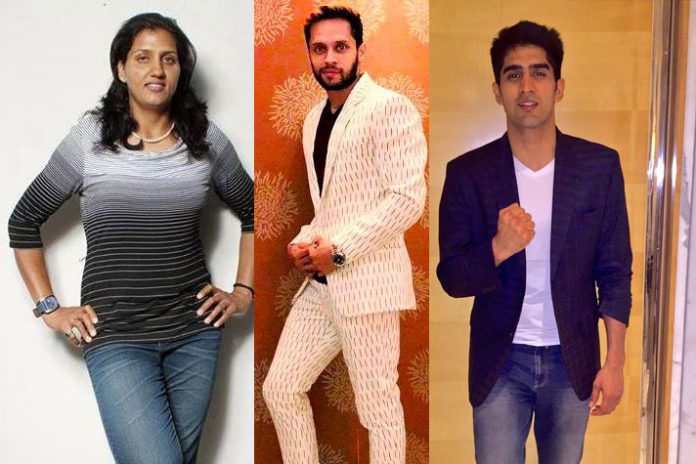 The Indian Olympic Association president Dr Narinder Dhruv Batra had failed to find desired support on his call to shun Commonwealth Games, terming the “colonial competition” as a waste of time.

Indian athletes have reacted with anger even as the officialdom chose to weigh its words before responding to Indian Olympic Association chief Narinder Batra’s assertion that the Commonwealth Games is a waste of time and the country should consider a permanent pullout.

Batra, while speaking at an event in Bengaluru on Tuesday, said the level of competition at the CWG is not particularly high and that India should consider a pullout to improve its own standards.

The statement has context as Batra had earlier called for an Indian boycott of the 2022 CWG in Birmingham over the axing of shooting from the Games program due to logistical issues. Shooting has been a major contributor to India’s CWG tally and the nation stands second, with 134 medals, in the overall count won from the sport.

“It is not acceptable,” said one of India’s currently most successful table tennis players G Sathiyan, who claimed two silvers and a bronze in the 2018 edition in Gold Coast.

The shooting fraternity chose to sidestep queries on Batra’s comment but others were upfront.

Boxing star Vijender Singh, who is the first and only male pugilist with an Olympic medal to his credit, said Batra’s statement is heart-breaking as it undermines athletes’ hard work.

“It is heart-breaking. By this logic, India should not send teams to invitational tournaments either because the level of competition is not like the Olympics or the world championship even there,” said the boxer who has two silver and a bronze from the three CWGs he competed in.

“Why belittle the athletes’ achievements? And in any case, CWG has strong boxing nations such as England and Ireland in fray,” he added.

“It is ridiculous to think of boycotting the Commonwealth Games. I don’t think the standard is low. I didn’t have it easy when I beat all these players during the 2010 edition (when he won bronze) and the 2014 Games,” he recalled.

“It is not like we are winning all the gold medals. Even in badminton, there are teams like Malaysia, England who are tough,” he added.

In fact, 2010 CWG gold-medallist discus thrower Krishna Poonia said the Commonwealth competition in athletics is stiffer than the Asian Games, which is generally perceived to be tougher by the sporting fraternity.

“For athletics, CWG is world-class, the competition is of higher level than the Asian Games,” she said.

A top official from the national federation of a prominent Olympic sport asked if Batra would deem the competition good enough if shooting is brought back.

“Someone should ask him will the CWG regain significance if shooting is accepted back on the roster. May be he will have a different view to offer,” the official said.

“Why deride the athletes who have worked hard for their medals at CWG because you are unhappy about the exclusion of one sport? CWG won’t die if India pulls out,” he added.

Two-time CWG gold-medallist weightlifter Sathish Sivalingam said a medal at the Games provides job security to a lot of athletes and that shouldn’t be taken away.

“I am completely against the pullout. The Commonwealth Games are a big event for us. Medal-winning performances in the CWG bring a lot of incentives like jobs and money etc. So for us, this competition is important,” he said.

Former India hockey captain Zafar Iqbal, who was part of the 1980 Olympic gold medal-winning team, was surprised by Batra’s comment.

“That’s a ridiculous statement coming from a man who is holding numerous important positions in national as well as international sports federations,” he said.

“Commonwealth Games is the biggest competition after Olympics in terms of participation of countries. 72 countries took part in the last Commonwealth Games. And if you talk about hockey, all top nations like Australia, New Zealand, and Great Britain are there,” he added.

A more guarded response came from the Wrestling federation. The sport contributes massively to India’s medal tally at CWGs and its President Brij Bhushan Sharan Singh said the grapplers are eager to continue at the quadrennial showpiece.

“The general view of the wrestling fraternity is that the athletes want to compete, whatever the tournament is,” he said.

Similar responses were offered by the national federations of table tennis, squash and swimming, who said they would abide by the government and the IOA’s decisions.

But the athletes were more forthcoming.

Archer Rahul Banerjee, a gold-medallist at the 2010 Delhi CWG, said all talk of pullout started only after shooting was excluded and the administrators ought to answer why the competitiveness of the event didn’t matter before that.

“If Commonwealth Games were so easy why only a few disciplines like wrestling, shooting and boxing earn India the bulk of medals?” he asked.

But there were also voices who agreed with Batra. Former Archery Association Secretary General Paresh Nath Mukherjee said, “there can’t be a bigger truth” than what the IOA chief has dared to say.

“He has hit the nail on the head. Commonwealth Games has no relevance in the Olympics. It has no value and only poor and foolish countries like us make such hype about CWG.

“It’s nothing but waste of money,” he said.

“…in my personal view, every Games, whether it is South Asian Games, Asian Games and Commonwealth Games or Olympics, they have their importance and some of our athletes’ future are associated with them,” he said.

“The level of Commonwealth Games is better than Asian Games in some sports,” he said.

Meanwhile, the Sports Ministry and the Commonwealth Games Federation have evaded queries on Batra’s assertion that the CWG was a waste of time and the country should consider a permanent pull out from the quadrennial event.

“We do not wish to respond directly to the comments allegedly made here,” CGF Media and Communications Manager Tom Degun said.

The CGF official was asked if Batra’s comments will have any impact on the likely visit of CGF chief Louise Martin in November to discuss the “concerns” raised by India on shooting’s exclusion from the Birmingham Games.

“… but our President Dame Louise Martin and CEO David Grevemberg are looking forward to constructive meetings with the Indian Olympic Association in November,” Degun said.