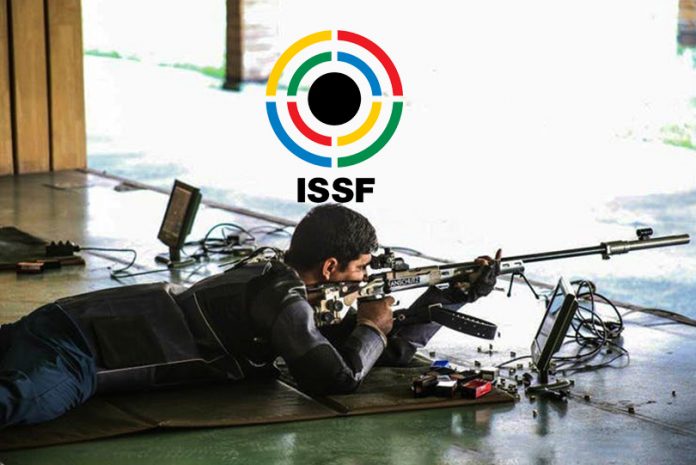 In the Covid19 times when most of the sporting bodies worldwide are seeking support from various quarters to sustain their operations, the International Shooting Sport Federation (ISSF) is doing otherwise. The ISSF has confirmed that it will not be seeking any financial support from the International Olympic Committee (IOC). According to a report published by insidethegames website, ISSF headed by Russian steel tycoon, Vladimir Lisin will neither be seeking any form of relief from IOC or would ask for any advance on its share of the Tokyo 2020 Olympic games revenue.
IOC has set aside ‘aid package’ for the International Federations

The IOC has set aside what it calls an “aid package” of $150 million to help International Sports Federations (IF’S), National Olympic Committees and other stakeholders to address financial concerns caused by the coronavirus pandemic. All 32 eligible IFs on the Tokyo 2020 program with an exception of the suspended International Boxing Association (AIBA) can receive money from the IOC package. The IOC fund could be used to provide loans and advance payments on revenue shares from the postponed Tokyo 2020 Olympic Games.

The IOC said donations could also be covered by the scheme and support will “come in different forms and will be decided after an assessment of needs and on a case-by-case basis”.

ISSF refuses all aid, advances from IOC
Unlike various other sporting bodies, the ISSF does not earn huge revenues from TV Rights contracts or sponsorships, still it is thought to be one of the more financially stable International Federations (IFs). The prime reason for the same is that the organization is headed by Russian billionaire Vladimir Lisin, who is considered among the wealthiest men in the world. Shortly after his election as President in November 2018, Lisin, the chairman of steelmaker NLMK, used $10 million ( of his own money to set up a development fund for the sport according to the report in insidethegames.

A number of IFs representing sports included on the Tokyo 2020 roster are currently facing cashflow challenges. During every Olympic cycle, the IOC share revenues from its TV rights and sponsorships with the IF’S, but the Tokyo 2020 postponement has impacted everyone’s coffers. The International Basketball Federation (FIBA), World Athletics (WA), Federation of International Hockey (FIH), World Sailing and various other global sporting bodies in the last 2 months have come out in open to share their cash-flow challenges.
Sample this
– The International Federations which runs the Olympic Sports collectively received $540 Million from the last games in Rio in 2016.
– The money is distributed using a system where federations are ranked according to their audience and size.
– World Sailing, which sits in the fourth group of federations alongside the likes of canoeing, fencing, handball and wrestling, received $12 million from the IOC for Rio 2016.
– FIBA is in the second tier of Federations, along with football, cycling, volleyball and tennis, and would have received the bulk of its $25.95 million in September 2020 after Tokyo Olympics.
– World Athletics in the top tier of the federations received in the range of $40 to $45 million in Rio and were due to get same kind of amounts if Tokyo 2020 would have gone ahead.
The Tokyo 2020 delay is making sustenance difficult for the Global Sporting Federations
Federations have been left with an uncertain financial future because of not getting revenue shares from IOC and this has sparked a near-total shutdown of sport across the world.
– World Sailing has placed almost all of its staff on furlough and has asked those earning over an undisclosed amount to take a 20 per cent pay cut until the end of the year in response to the coronavirus pandemic and postponement of Tokyo Olympics.
– FIBA has already announced that “very small group of employees” – those who “work in functions that are directly affected by the suspension of FIBA competitions” – had been placed on partial unemployment since the beginning of this month.
– World Athletics speaking to the Financial Times admitted that the organization was prepared for a financial hit, with growing expectations that the Olympic payments will be cut or delayed. “Like many Olympic sports, we are very grateful but also reliant on the share of the IOC broadcast revenues” said World Athletics President, Lord Sebastian Coe to Financial Times in a recent interview.
That is the reason IOC aid package was introduced and also joint Swiss Government and IOC loan scheme has also been set up for Switzerland-based Federations. The IOC’s contribution to the scheme, which offers those Federations in Switzerland interest-free repayable loans to mitigate the financial impact of the coronavirus crisis, will come from the aid package. The ISSF is not eligible for money from this fund as it is based in Munich.