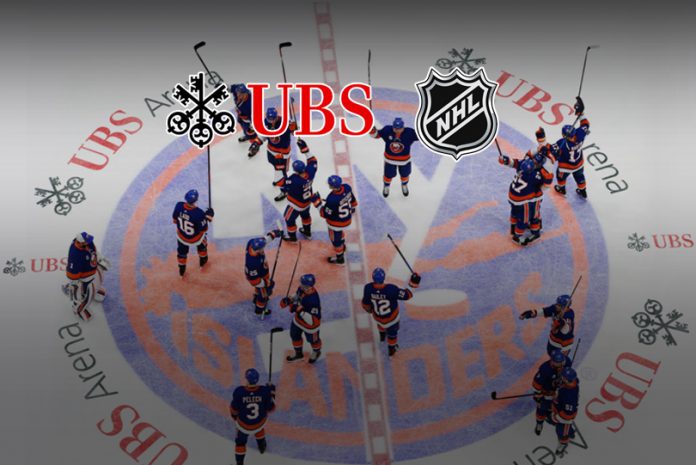 The National Hockey League (NHL) franchise, New York Islanders arena at Belmont Park will now officially be called the UBS Arena after a 20-year deal with the Swiss bank.
Swiss investment bank UBS has secured naming rights for the New York Islanders arena at Belmont Park, with the deal reportedly worth more than US$300 million over 20 years.
According to the deal, Swiss company will pay $15Mn per annum to the franchise
The agreement with the National Hockey League (NHL) franchise and Oak View Group (OVG), the arena developer and Islanders’ sales agency, sees the new build become known as the UBS Arena ahead of its planned opening in time for the 2021/22 season.

According to Sports Business Daily, the deal between Oak View Group and UBS is worth at least $300 million but could rise to as much as $400 million. That would give the Isles a yearly payout of up to $20 million. The deal is said to be incentivized based on team performance.

This is the second deal Oak View Group has settled in the last month. Just under a month ago, Oak View signed a deal with Amazon for the naming rights to the future Seattle team’s arena.

Named Climate Pledge Arena, the deal was worth between a reported $300Mn.

Both naming rights deals are records for NHL-only venues, which are said to normally average out to around US$5 million per year. By comparison, both Belmont Park and Seattle look set to rake in an average of US$15 million annually.

The Islanders’ new facility, which will host more than 150 annual events, is the focal point of a US$1.5 billion redevelopment plan being privately funded by New York Arena Partners, a joint venture between Sterling Equities, the Scott Malkin Group and OVG. The project is expected to generate approximately US$25 billion for the local economy, including 10,000 construction jobs and 3,000 permanent positions.

The investment also features an additional US$100 million in transit and infrastructure enhancements, including the first newly constructed Long Island Railroad station in almost 50 years. Additionally, a high-end retail village is part of the build.