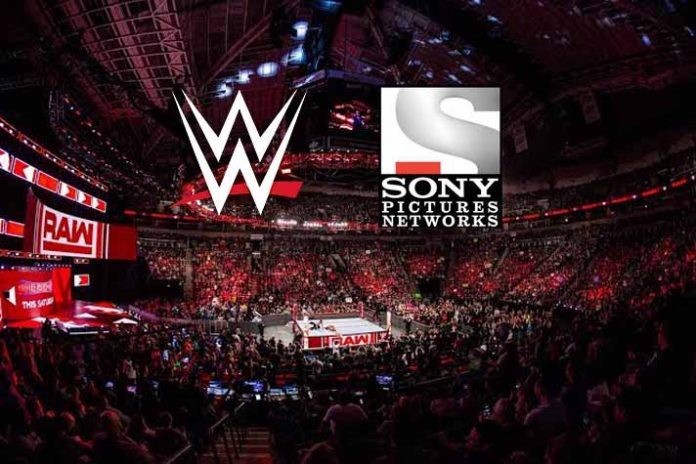 Sony Pictures Networks India Private Limited and have announced a five-year extension with an expanded broadcast agreement that will deliver WWE’s weekly flagship programming and localized content in India and the Indian subcontinent, making SPN the exclusive home to WWE in-ring content across its television and digital platforms.

As part of the agreement, SPN will have the rights to air Raw®, SmackDown®, NXT® as well as WWE pay-per-view specials live on its sports and digital platforms in English, Hindi and regional languages, a joint statement by SPNI and WWE has confirmed.

The expanded partnership also provides SPN the rights to WWE Network which hosts thousands of hours of content to be made available to audiences in India exclusively through SonyLIV, SPN’s OTT platform.

InsideSport was the first to report in February that the WWE and the SPNI have reached an agreement to continue with their partnership.

In addition and for the first time, SPNI will curate content from WWE’s extensive video library which includes live events, iconic matches, interviews with Legends, reality shows, documentaries and more, on its own platforms.

WWE will also return to India with even bigger live events and Superstars will visit the region for promotional tours to engage with fans.

“WWE has been consistently ranking in the top three properties across all sports networks in India, dominating the sports entertainment space. We are delighted to extend our partnership with WWE in a first of its kind deal that will give us an increased exposure to valuable content and reach out to a broader viewer base across India on multiple platforms,” said Rajesh Kaul, Head Sports and Chief Revenue Officer Distribution, Sony Pictures Networks India.

James Rosenstock, WWE Executive Vice-President, International, added:  “India is a strategically important market for WWE and Sony Pictures Networks has been an extraordinary partner in helping to grow our fan base in the region making it one of the most-watched sports properties. The expanded partnership gives our passionate fans new opportunities to engage with the WWE brand.”

The agreement comes at a time when WWE’s popularity in India continues to grow. WWE is one of the most-watched sports properties in India, and India ranks #1 for WWE YouTube consumption and #1 in WWE Facebook followers. In addition, WWE has been actively recruiting elite athletes and performers from the country.

Last year, WWE hosted its largest tryout in history, where more than 70 top athletes from India showcased their abilities in Mumbai. Four Indian recruits were selected to begin training at the WWE Performance Center in Orlando, Florida, U.S