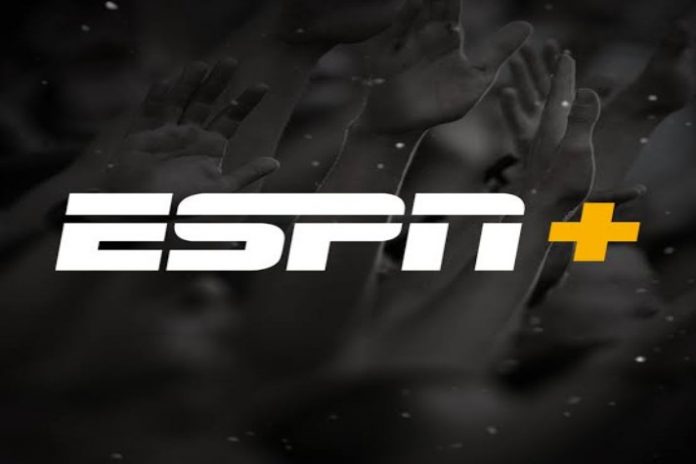 As sports went dark in mid-March, ESPN+ was left with only its library of original programming to offer fans. And that has impacted ESPN+ monthly average revenue per paid user / subscriber. The average monthly revenue per paid subscriber for ESPN+, however, decreased 17% to $4.24 due to the introduction of a bundled subscription package of Disney+, ESPN+, and Hulu at the end of last year, the company said.
And while other sports OTT providers opted to forgo charging subscribers in light of no live games, ESPN+ stuck with its $4.99 monthly price tag, that has also hit the growth trajectory of ESPN+ subscriber base.

As of March 28, the streaming service had 7.9 million subscribers, nearly four times as many as last year. ESPN+ launched in April 2018. But the growth this quarter was muted one. The OTT play could only register 4% increase in users from ESPN+’s previous peak, reported by Disney in February.

UFC 249 on May 9 in Jacksonville will be the streaming service’s next exclusive major live sporting event, and will be held without fans. ESPN+ also owns the streaming rights to Top Rank Boxing and several soccer leagues, including Italy’s Serie A, though none of those properties are offering live competition yet.

Meanwhile, ESPN continues to aggressively target media rights for leagues around the world to bolster its linear live sports lineup. The network has resorted to airing esports League of Legends and NBA 2K League with sports on hiatus. The Korean Baseball League also made its debut on ESPN’s networks this week.

April’s virtual NFL Draft brought some initial reprieve for the network. The three-day event drew more than 55 million viewers, according to the company. The NFL Draft, coupled with the early release of “The Last Dance,” helped ESPN’s prime time audience in April grow 11% year-over-year.

“Sports will come back and when they do, we believe ESPN is best positioned to benefit with more offerings than anyone else,” Disney CEO Bob Chapek said on the company’s earnings call with investors. “If it’s a gradual process, where sports return for a period without spectators in the stands, we can count on ESPN to bring the same level of innovation we saw with the [NFL] draft.”