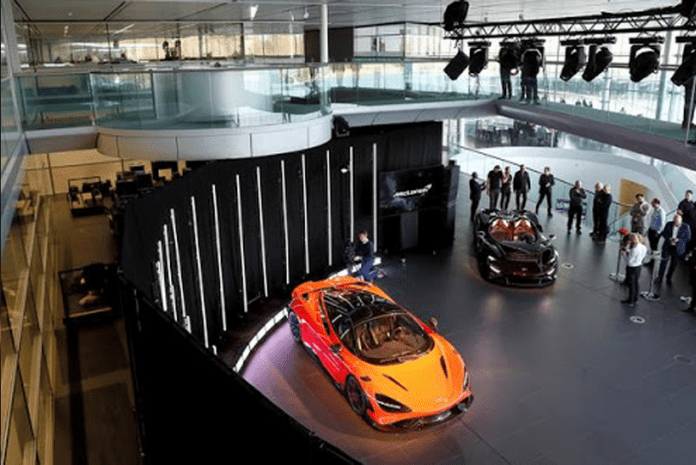 McLaren will sell their state-of-the-art Formula One headquarters and lease it back long-term to raise cash and reduce the company’s debt, the team’s chief executive Zak Brown said on Saturday.

The American told reporters in a Zoom call ahead of the Tuscan Grand Prix that it was a straightforward financial exercise.

“Why have all this money tied up in real estate? We’re not a real estate company, we’re a racing team and an automotive company,” he said of the Norman Foster-designed McLaren Technology Centre in Woking.

“We’ve got a lot of cash tied up in that building and that’s not a very productive use of funds when you’re looking to invest in your business.”

The sportscar maker has been hard hit by the COVID-19 pandemic, with sales plunging and production halted earlier in the year.

The Group also secured a 150 million pound financing facility from the National Bank of Bahrain in June.

“We have a good chunk of debt and now Paul is starting to set a direction and take decisions to give us a stronger balance sheet, invest in the right areas, to ultimately grow our companies and be financially a much stronger company,” said Brown.

McLaren, third in the F1 championship after eight races, were “fine financially from a cash-flow standpoint”, he added.