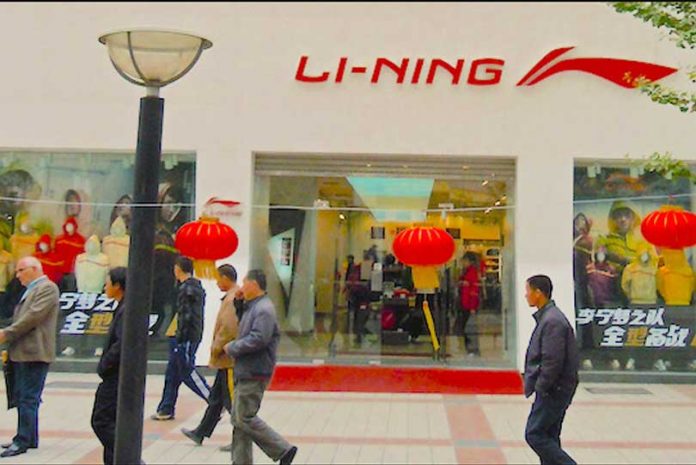 Chinese sports and apparel brand Li-Ning is expecting up to 10.5% higher year on year profits as China has started emerging from the lockdowns clamped to break the Coronavirus outbreak.

The company’s shares have reportedly jumped by 19% on Friday last at the Hong Kong Stock Exchange before its annual results were published. The market sentiment expecting a speedy recovery for Chinese consumer companies, with the lockdown at the original epicentre of the coronavirus Wuhan finally beginning to end, has also contribute towards the higher values of the company’s stocks.

According to reports, about 95% of our offline stores have reopened in China.

Li-Ning is also the official apparel and footwear sponsor for the Chinese Basketball Association national league, which is scheduled to begin the 2020 season in April, since being postponed in late January due to the outbreak.

Company is now also working on to minimise the impact of the Tokyo 2020 Olympics postponement. Li-Ning had prepared many products and arrangements for the Tokyo Olympics. It is now adjusting the input to keep the impact under control.

“We see impact, more or less, on our business following the postponement or cancellation of major sports, as (event endorsements) has always been an important driver of our business, but it is not the sole driver,” a company official is quoted as saying.

Li-Ning has project a picture that is just opposite rivals Anta Sports Products, which during an earnings call last Tuesday has said that it will be a “very difficult year” for the industry.

Anta had also claimed that it was deferring plans for a significant dividend hike, despite 2019 revenues beating expectations by 4.1 per cent. Anta is China’s largest domestic sports brand with a market share of 15%, while Li-Ning, in comparison, has 6.1%.