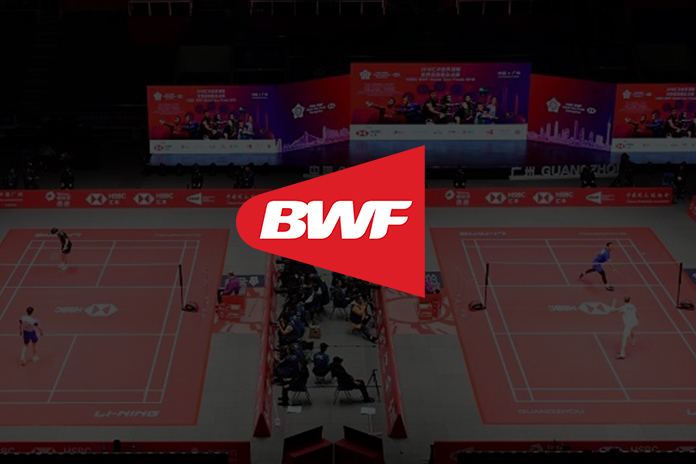 The governing body world badminton Badminton World Federation (BWF) has released its financial reports for the financial year 2019. According to a report published in InsidetheGames, the Kuala Lumpur-headquartered body did a total gross income of $25.8 million in the FY19 ending December. The overall expenditure of the world body for the same period was $28.3 million which resulted in operating deficit of $2.5 million. This compares with a $4.4 million operating surplus and $4.7 million total surplus in 2018.

Expenses of BWF
– $14.7 million was spent on events,
– $5.6 million earmarked for development
– $3.5 million general and administrative expenses
– $1.15 million marketing
– $0.78 million integrity.
The most surprising expense – Honorarium Payments to President
A note in the accounts also reveals a $100,000 “honorarium to President”. This was unchanged from 2018, but up from $62,500 in 2017 and zero seemingly, in 2016. Normally the global sporting federations world over does not indulge in these kind of pay-outs to the President. But it is surprising to note that BWF which till 2016 had no allocation under this head, has started making honorarium payments to its President from 2017. For the first time in 2017 – USD 62,500 dollars were paid to the President BWF, In 2018 these payments were raise to 100,000 USD and the same was maintained in 2019.
On the other hand, Anti-doping costs rose somewhat to just under $480,000.  Included in marketing spend was more than $150,000 earmarked for “China market initiative” and $200,000 for esports. An allocation of $650,000 was made for “HSBC marketing activation”. The bank is BWF’s global development partner. The accounts also disclose that BWF has committed $6 million from its accumulated surplus to “build the human resources capacity of the five continental Confederations” over the six years beginning 2018.
Balance Sheet of BWF looking strong
The latest balance-sheet, or statement of financial position, is looking strong for the world badminton body. As at December 31, current assets are just under $46 million more than $43 million of which is cash and bank balances. This should balance sheet and cash in hand show allow BWF to tide over the Covid19 despite of cancellation of events all over the world which will surely impact the BWF coffers in the current financial year.
Meanwhile BWF Calls for VIRTUAL AGM

The BWF Annual General Meeting (AGM) was originally scheduled to take place in Aarhus (Denmark) on 22 May 2020, before being postponed to 21 August. The BWF has just postponed the TOTAL BWF Thomas and Uber Cup Finals to October, however the AGM has participants from many more countries (about 130) who usually attend the AGM. It may not be possible to host a face-to-face AGM at any time this year because the continuing restrictions on travel will affect delegates travelling to the AGM.

“The Covid-19 crisis has had a major impact on the whole world, our global badminton community, and our ability to host the BWF AGM 2020. There have been many lockdowns and restrictions on international travel so that’s why Virtual AGM is being proposed” says BWF release.

The release further says that the BWF Council has looked for alternatives in order to deal with the Agenda for the AGM 2020 – circulated on 03 April 2020 (linked here) and has proposed to the BWF membership to host a decision making Virtual AGM to complete the business of the meeting. Hosting a Virtual AGM 2020 requires the consent of the membership. The BWF has sent information on the proposal to the membership and a proposal for members. Members have until Friday 15 May to send back the Voting Form in response to the proposal to host the AGM 2020 virtually.