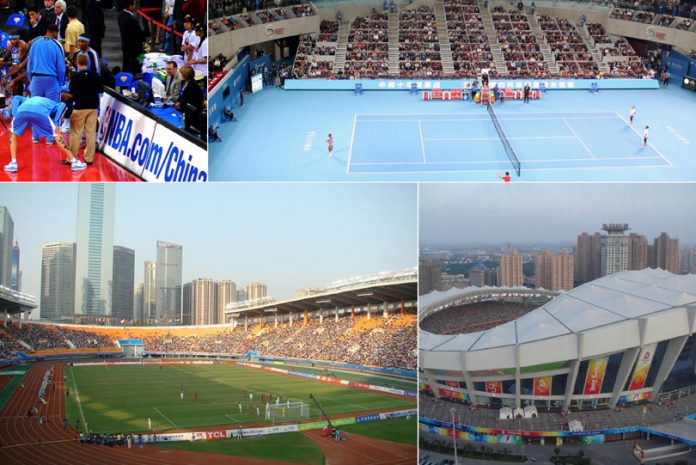 The municipal government of Beijing over weekend halted all sports events after new Covid-19 cases were reported in the city. The Straits Times reports that 44 Covid-19 cases have emerged, connected to a major wholesale food market serving the city. Tourism in the city has  been halted and 11 residential estates locked down, according to Channel News Asia.

According to a report in Sports Business, among the affected sports events, Chinese Super League team Beijing Guoan cancelled planned friendly matches against Hebei China Fortune and Shandong Luneng. Beijing Guoan returned to the capital on June 8 after a month-long training camp in neighbouring Hebei province. The team’s head coach Bruno Genesio remains stuck in Europe to due travel restrictions, and has been using video conferencing to communicate with players and staff.
In a public notice, Beijing’s Municipal Sports Competitions Administration Centre said: “Due to changes in the situation of epidemic prevention and control in Beijing, all kinds of sports events will be suspended in the city from now on to reduce the risks brought by people’s mobility and gathering, and ensure the health and safety of the people.”

As reported earlier by InsideSport, the Chinese Super League (CSL) is already struggling for a start this season. Despite of the multiple proposals by CSL organizers to the health department, the league is yet to be shown green signal by the authorities.