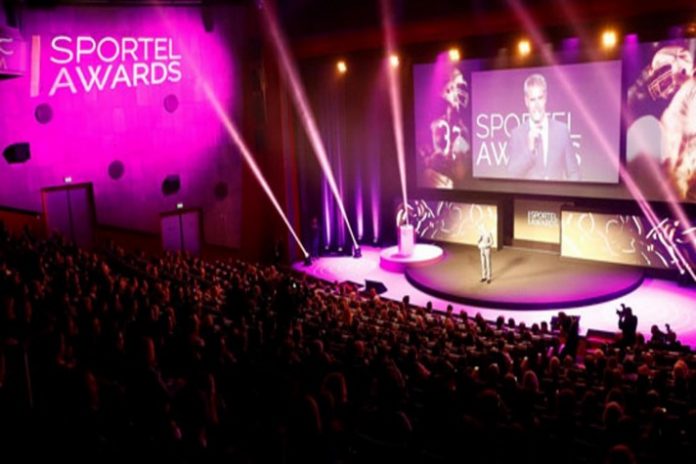 The SPORTEL Awards Ceremony has paid tribute to the most beautiful sporting images of the year at SPOTEL Monaco celebrated 30 years of its continuous journey.

Organized under the distinguished patronage of Prince Albert II and the aegis of the International Olympic Committee, the SPORTEL Awards take place each year during the SPORTEL Monaco convention, the leader in the world of “sport business”.

The renowned international competition awarded prizes to the best sequences that the jury, presided over by Olympic champion pole-vaulter Yelena Isinbayeva, had selected from the numerous works submitted by TV and production companies worldwide.

The evening began with a retrospective of the last 30 years of SPORTEL, featuring the creation of the TV rights market and the SPORTEL Awards competition, after which a host of sports personalities paraded on stage to present this year’s prize winners with their awards.

The audience were obviously enthralled by the prize-winning images, but one of most emotional moment was the standing ovation given to Formula One champion Alain Prost, who received the Lifetime Sport Achievement Award, following in the steps of last year’s winner, Didier Deschamps.

The evening continued in the Salle des Etoiles at the Sporting Monte-Carlo, transformed for the occasion into sports fields and a giant birthday cake, to celebrate a thirty-year-old that’s looking better now than ever.