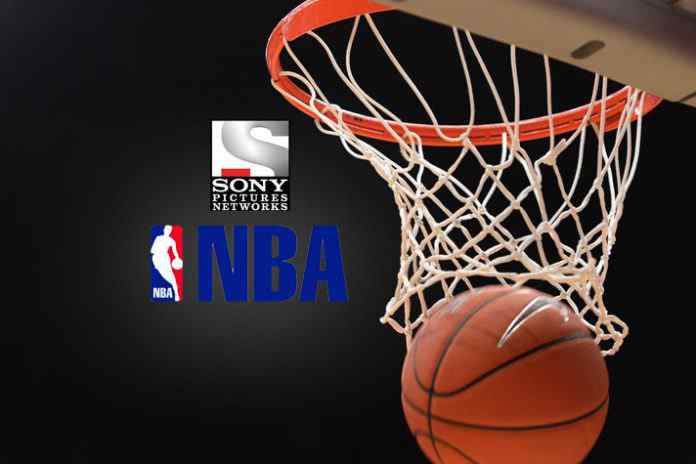 Sony Pictures Networks India (SPN) will broadcast NBA games live with Hindi commentary every weekend on Sony Ten 3 and Sony Ten 3 HD beginning 2017-18 NBA season. The network will offer a package of close to 100 NBA games including the Regular Season and Playoffs. The games will continue to be simulcast with English commentary on Sony Six and Sony Six HD.

The move is aimed at engaging a wider set of fans and enthusiasts with Hindi as their primary language. The Hindi commentary will be presented by an expert panel of commentators which will include celebrity NBA fans. The commentators have undergone rigorous training to fine-tune their abilities in presenting NBA games, which included personalised training by long-time Indiana Pacers’ play-by-play announcer Chris Denari.

The league has also associated with NBA and basketball influencers such as Bollywood actor and VJ Rannvijay Singha, popular culture stand-up comedian Gursimran Khamba to be guest commentators on a regular basis.

“We are committed to channeling our efforts towards expanding NBA’s fan base in the country and strengthening our reach. We have seen a consistent increase in viewership over the years for NBA and to keep up this momentum we are continuing our initiative of the Hindi language commentary. A special panel of expert commentators has been engaged to deliver expert analysis in Hindi for each play,” said SPN president, sports and distribution business Rajesh Kaul.

“Along with our partners, Sony Pictures Networks, we are excited to offer Hindi in-game commentary through the 2017-18 season. As a part of our commitment to popularise the game of basketball in India, we will continue to offer more localized programming to engage with a wider audience,” said NBA India MD Yannick Colaco.

The network will also continue to broadcast daily and weekly NBA highlight shows and integrate daily content from NBA TV, including team previews and recap shows. The daily 30-minute highlight programs will be broadcast in primetime every day of the season.

The weekly highlight show- “NBA Weekly” hosted by a local anchor, will recap all the happenings around the NBA during the past week. The NBA and sports cluster of SPN will also continue the customized, local live NBA wraparound show “NBA Around The Hoop” every weekend throughout the season to bring viewers closer to the game. The programme will be hosted by a panel of basketball experts that will provide analysis and insight on all the latest NBA news.