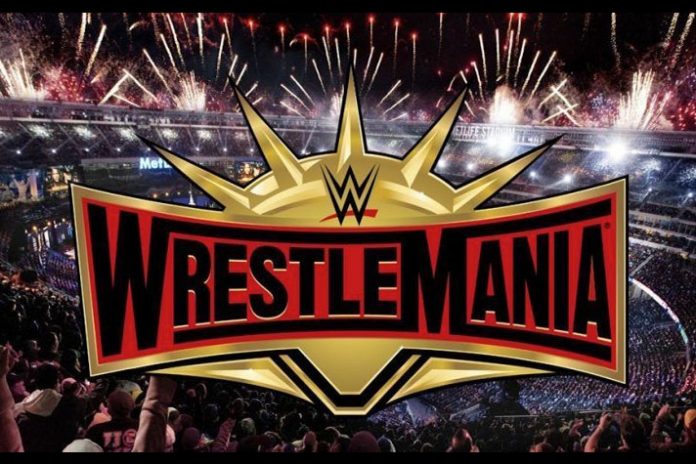 Sony Pictures Networks India, the exclusive broadcast partner for WWE in India, has announced the launch of its new campaign #WWEKAMAHAYUDH ahead of WrestleMania 35 this Sunday.

SPNI will broadcast the WrestleMania 35 in four languages – English, Hindi, Tamil and Telugu. Besides, the mega event will also be screened at PVRS for fans across six cities – Mumbai, Delhi, Bangalore, Hyderabad, Chennai and Kolkata.

WrestleMania is set to captivate millions of WWE fans across the globe while SPN’s programming and marketing initiatives will make this WrestleMania more accessible to fans across India than ever before.

WrestleMania is ranked in the top 10 most valuable sports brands in the world and to further the appeal in India, Sony Pictures Networks has launched #WWEKAMAHAYUDH, a campaign that showcases the scale of WrestleMania. In Indian mythology, ‘Mahayudh’ signifies the biggest battles with the fiercest warriors and is akin to WrestleMania 35 where the biggest WWE Superstars battle for supremacy on the Grandest Stage of Them All.  The #WWEKAMAHAYUDH campaign will have a complete 360-degree rollout across mass media; including television, print, outdoor, radio and digital.

“The ‘#WWEKAMAHAYUDH’ campaign is our way of presenting the strong narrative of the WWE’s biggest event and give more fans across India the chance to enjoy the family-friendly action. There is a demand for WWE in local languages in Tamil Nadu & Andhra Pradesh and that is why we are introducing Tamil and Telugu commentary in those regions. The telecast of WrestleMania 35 in four languages will make WWE’s biggest event of the year accessible to a larger set of audiences. In addition to this, we are increasing fan engagement and for the first time in the history of Sony Pictures Networks in India, we are hosting seven special screenings of WrestleMania 35 across six cities- Mumbai, Delhi, Bangalore, Hyderabad, Chennai and Kolkata for WWE fans,” says Rajesh Kaul, Chief Revenue Officer, Distribution and Head – Sports Business, Sony Pictures Networks India.

The campaign has also been rolled out in Hindi.

In 2018, WrestleMania 34 was live telecast in Hindi for the first time. The ever-growing popularity of WWE in South India has fuelled the demand for regional feeds for the biggest Sports-Entertainment show of the year.

For the very first time in the history of Sony Pictures Networks, WrestleMania will be live telecast in four languages: English, Hindi, Tamil and Telugu on SONY TEN 1, SONY TEN 3 and SONY SIX channels across India.

In another first, Sony Pictures Networks along with WWE will host special screenings of WrestleMania 35 in Mumbai, Delhi, Bangalore, Hyderabad, Chennai and Kolkata in partnership with PVR.

The screening parties will have many fun activities at an experiential fan-zone where attendees will get an opportunity to win branded WWE merchandise. An on-air contest for Sony Pictures Networks viewers had almost 30,000 fans enter to win the chance for a larger-than-life experience of #WWEKAMAHAYUDH and watch WrestleMania 35 on a 70mm big screen.