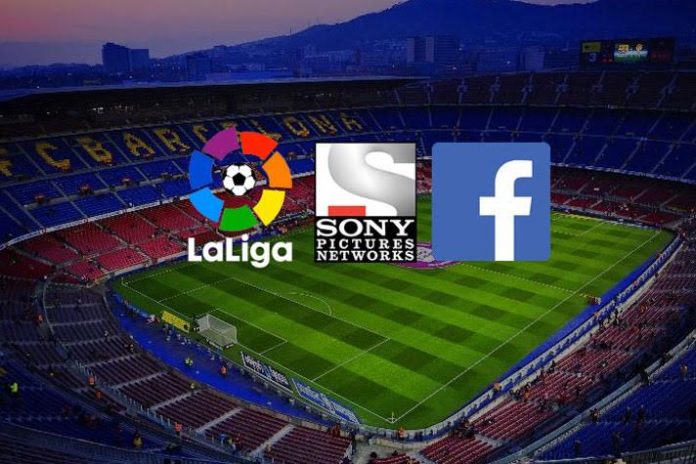 The Indian football fans will not be able to watch the LaLiga 2019 action on television. Sony Pictures Network India has opted out of its LaLiga broadcast partnership with Facebook.

Sony Sports network has been broadcasting the LaLiga games in India for the past five years. First, as the league’s exclusive media rights holder for the territory between 2014 and 2018 and then as part of a deal with Facebook that allowed it to air over 100 select LaLiga games.

LaLiga has confirmed the development. “Facebook is the exclusive LaLiga broadcaster partner for the India territory. There is no sub-licensing or television broadcast clause in our agreement with Facebook. The deal between Sony and Facebook was only for a season, the rest is up to the two parties,” Jose Cachaza, Managing Director of LaLiga India, told insidesport.co from Spain.

“We took the decision to team up with Facebook knowing well that the rise of digital streaming is unstoppable. You see the digital numbers of the ICC World Cup 2019. We agree that all football fans like any other territory in the world still not access the content on digital medium. But we are not unduly worried about that.”

Insidesport.co has also written to Sony Sports for their reaction, but there is no response

The broadcaster, isnsidesport.co has learnt, was not getting the desired results since it could not televise all the LaLiga games. This has resulted in Sony Pictures Sports prematurely ending the partnership with Facebook, which too has faced  flak from Indian football fans who are not happy with the streaming quality of the LaLiga games.

The LaLiga games this season will now only be available in India on Facebook’s streaming platform.

Facebook last year had snatched the LaLiga media rights for the India territory from SPNI in a four-year deal with the Spanish top division club football league. As Facebook raised the pitch, Sony had opted out of bid for the rights which it had acquired for $32 million for the 2014-2018 four-year cycle.

Sony Pictures Network had later entered into a partnership with LaLiga to broadcast select LaLiga games on its channels.

Meanwhile, the start date of the LaLiga 2019 season is still now confirmed as the league administrators and the Spanish Football Federation are engaged in legal battle over federations decision to ban the league games on Fridays.