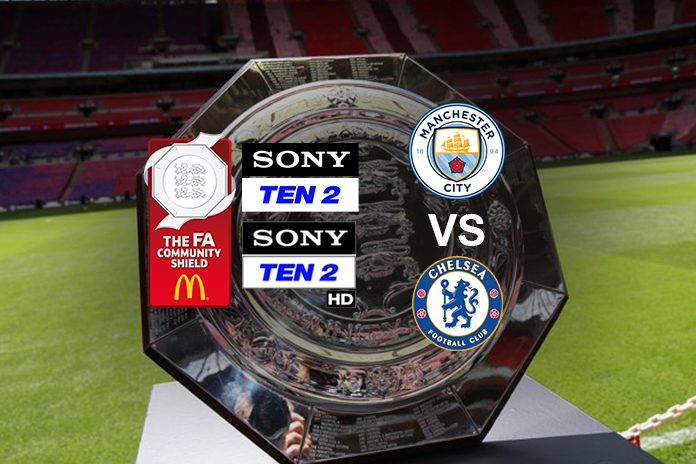 The Football Association Community Shield (formerly the Charity Shield) is English football’s annual match contested between the champions of the previous Premier League season and the holders of the FA Cup at Wembley Stadium. The fixture is recognised as a competitive super cup by the FA.

After a substandard 2017-18 campaign, Chelsea will definitely be looking to start the season on a winning note, recruiting Maurizio Sarri, the manager who helped Napoli to a second place finish in their previous Serie A campaign can be a step towards the same.

The 59-year-old Italian is recognized for his style of play, “Sarriball” which consist of attacking the football. And what has made his arrival even more exciting is his back staff that will include former Chelsea legend Gianfranco Zola, as the club’s new assistant coach.

Pep Guardiola’s tactics of possession-based play has worked wonders for the Sky Blues as they managed to score a century of points in the 2017-18 season eventually leading them to their 5th Premier League title. The Community Shield will be vital for both these managers as they hope to begin on a winning start.

Both teams have not played a very active role in the transfer window this season, but they will be very pleased with the signings so far.

Chelsea has completed the signing of Jorginho who was a part of the squad Sarri’s squad that finished second just after the club from Turin. A promising start in first two preseason games where he was on the pitch for just 45 minutes but managed a total of 101 touches and 98 successful passes. The Blues will be waiting to see him combine in midfield with N’golo Kante and turntables for them this time around.

The transfer window for Manchester City have, have been rather cold for them as they have only recruited Riyad Mahrez. The 27-year-old, who plays for Algerian national team, has been one of the most in-demand players in the past few seasons, ever since his brilliant performance helped Leicester City lift the title two seasons back.

An all-Spanish Encounter- Cesar Azpilicueta vs. David Silva – Both players returned to their clubs after Spain exited the World Cup, where they failed to score against the host Russia. This will definitely be a key competition to watch out for especially after both players have been crucial players for their club in the past and have also maintained a consistent form.

Claudio Bravo vs Pedro – This will be an interesting clash. Bravo will be all out to prove himself at the start of the season and it won’t be an easy test for the Chilean golie, especially in the form Pedro has been in off late after scoring both the goals in their previous pre-season victories.