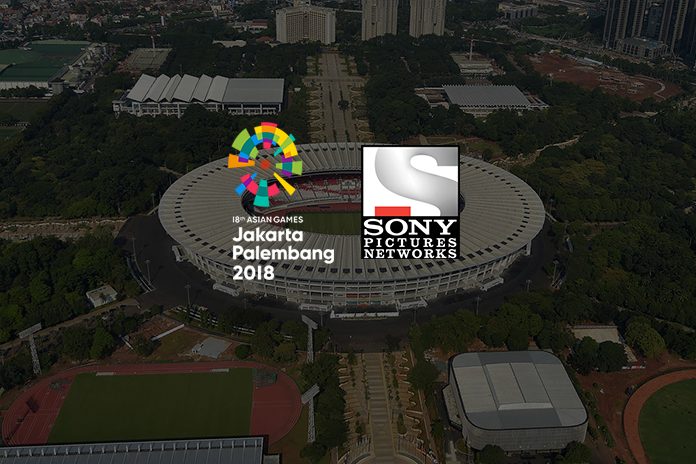 Sony Pictures Network will, the official broadcaster in India for the 18th Asian Games, will put up the 2018 edition of the quadrennial Asian continental games on six different screens across Sony Sports Cluster.

With 18 days to go for the Asian Games 2018, the broadcaster is also expecting lucrative on-air sponsorship deals. Havells Wires, Kajaria tiles, Flipkart, liquor brand Sterling Reserve through its surrogate product, and Cars24 are confirmed in the associate sponsors’ category. However, the major co-presenting deals are yet to be confirmed.

Sony is marketing the Asian Games 2018 as #KoiKasarNahi. A majority of Indian athletes come from Hindi heartland and rural backgrounds, the main narrative for the campaign is also Hindi – #KoiKasarNahi. The tagline is derived from the notion that the athletes will give their best and we too will do the same “Wo (athletes) apni mehnat mein koi kasar nahin chhodenge.. aur hum apni”.

The Asian Games 2018 are scheduled from August 18 to September 2 in the twin Indonesian cities of Jakarta and Palembang.

Meanwhile, the England-India Test series, starting today at Birmingham has invoked tremendous interest from broadcast sponsors. As most of the leading brands have inked the consolidated deal with Sony Pictures Network for India’s entire 2018 tour of England, the broadcaster has a rich list of 14 brands for the first Test. Flipkart, Maruti Suzuki, MI Smartphones and Idea 4G are the leading co-presenting sponsors. The associate category includes MRF tyres, Pure Derm shampoo, BigBasket, 40+ Repair cream, Wild Stone, Havells Wires and McDonald’s.

The five-match Test series will be live on Sony Six (English) and Sony Ten 3 (Hindi) with live streaming on the Sony group OTT platform Sony LIV.