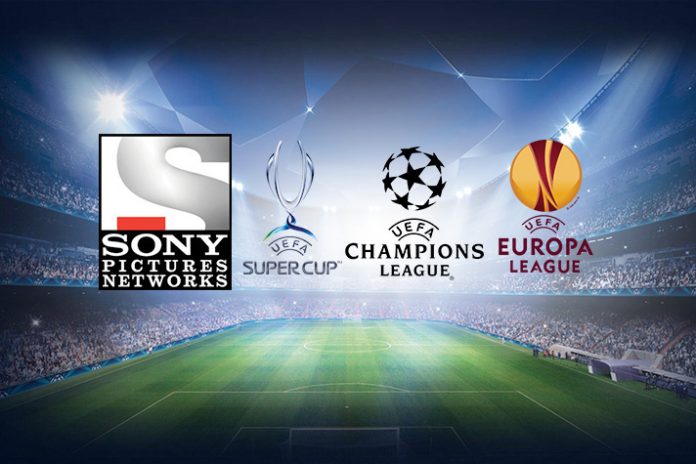 As reported exclusively by InsideSport.co on August 6, Sony Pictures Networks India has confirmed to have retained the broadcast rights to the UEFA Champions League, UEFA Super Cup and UEFA Europe League in the Indian sub-continent until 2020-21.

The rights cover the broadcast of 138 matches in the UEFA Champions League and 205 matches in the UEFA Europa League across the sports channels of SPN. The deal, which commences in the current season (2018-19) also includes exclusive live-streaming of the action on SPN’s OTT platform, SonyLIV.

As one of the most prestigious football tournaments in the world, the UEFA Champions League sees participation from top clubs in Europe like Real Madrid, Barcelona, Manchester United, Bayern Munich, Paris Saint-Germain, Liverpool, Juventus and more. With the play-offs finishing this week, the group stage matches are set to start on 18th September 2018.

Rajesh Kaul, Chief Revenue Officer, Distribution and Head – Sports, Sony Pictures Networks, said “We are delighted to continue our partnership with UEFA. It’s a well-known fact that Europe is the home to the best football leagues in the world and the UEFA Champions League features the top clubs and best players from across the world. We are proud to have played our part in building and popularising the tournament in the region and it is not surprising that the viewership has doubled during the 2017-18 season. Along with the fans, we are also excited to continue our journey with this marquee property for the next 3 seasons.”

Guy-Laurent Epstein, UEFA Director of Marketing added, “UEFA is once again delighted to extend its longstanding partnership with Sony Pictures Networks across the Indian subcontinent.  SPN has been a valued UEFA partner for many years, proving itself as a leader in the broadcast of football content in this passionate and growing market.  This deal will ensure comprehensive exposure of the UEFA club competitions across SPN’s various platforms in the region.”

To enhance the viewing experience for football fans, the sports cluster of SPN will launch the UEFA Champions League ‘Double Header’ nights. There will be a change in kick-off times on ‘Double Header’ nights to suit viewers and will see live matches starting at both 9 55 pm and 12 00 am during the competition’s group stages.

The Sony Ten Sports channels have been the official broadcaster of the UEFA tournaments for over a decade and will continue its endeavour to be the one-stop destination for the football loving audiences of India. This is in addition to broadcasting Serie A and LaLiga on SPN.