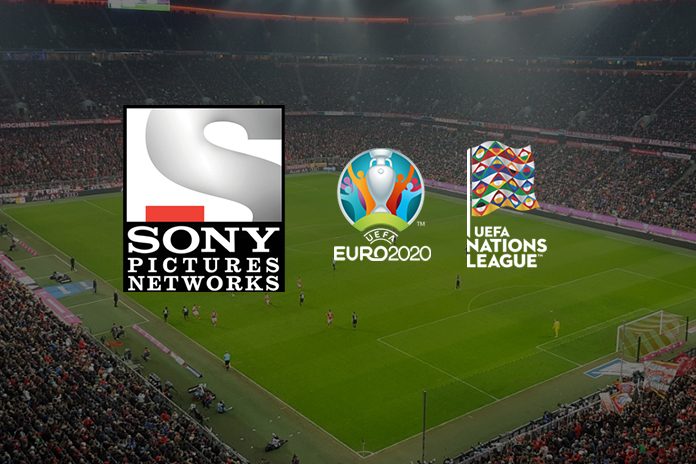 Sony Pictures Network India has confirmed the acquisition of exclusive television and digital media rights of the UEFA EURO 2020 and the inaugural UEFA Nations League.

Insidesport.co on August 6 has reported that Sony has retained the UEFA Euro Championship media rights.

With the acquisition of UEFA Nations League and UEFA EURO 2020, SPN has become the official broadcaster of eight premier international football properties in the Indian subcontinent including UEFA Champions League, UEFA Europa League, LaLiga, Serie A, UEFA Super Cup and the FA Cup. All the action will also be available for exclusive live-streaming on SPN’s OTT platform SonyLIV.

Chief Revenue Officer, Distribution and Head – Sports, Sony Pictures Networks India, Rajesh Kaul said “Our objective is to bring the best footballing action from around the world making the sports channels of SPN the premier destination for all sports fans. Be it national team or club football, we have acquired and retained rights to the best properties in the world. We are delighted to acquire the rights for the UEFA Nations League and UEFA EURO 2020.”

“2018 FIFA World Cup Russia showed us the strength of European football with European teams winning the last four editions of the World Cup. The World Cup has also shown us that the need for international football tournaments is very high with fans looking for more than just international friendlies. As the ‘Home of Football’ SPN will give fans the best experience to see the best clubs, teams, and players in the world.”

The UEFA Nations League has been created for the 55-member nations of UEFA, the European governing body of football. This will largely replace international friendlies in Europe.

The group fixtures for the League of Nations will be played over six match days between September and November of 2018, with the finals set for June 2019. European teams dominated the 2018 FIFA World Cup in Russia and these teams will be now battle again in the UEFA Nations League as we head towards the UEFA EURO 2020. The first week features France v Germany, England v Spain and Portugal v Italy.

The 16th edition of UEFA EURO 2020 is going to be unique as it is not going to be hosted by one country, but rather spread out across the whole continent. Twelve cities in 12 different countries will host matches, to commemorate the 60th anniversary of the tournament. The EURO 2020 will run from June 12 to July 12 in 2020 and will feature 24 teams. Qualifiers for the tournament will run from March 21, 2019, to March 31, 2020. Led by Cristiano Ronaldo, Portugal won the historic championship in 2016 and will return as the defending champions. 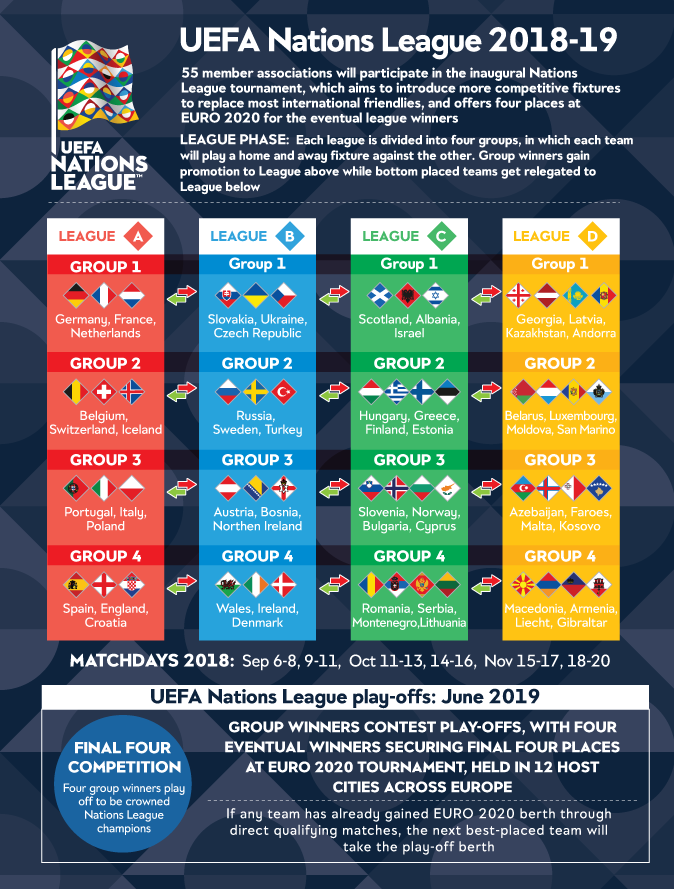