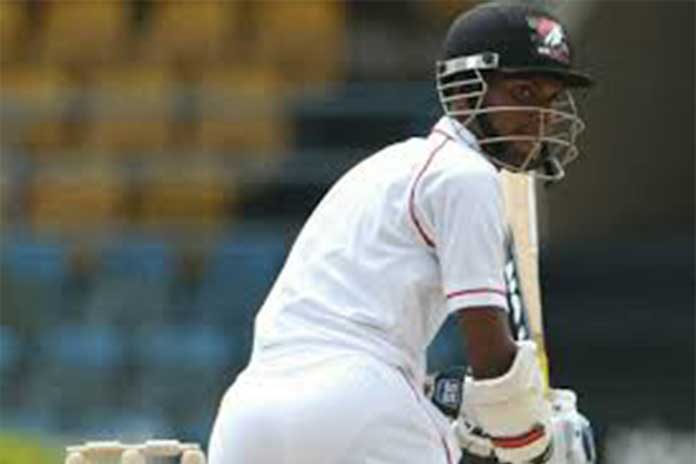 Showing a stomach for fight, Jeremy Solozano and Barndon King hit resolute half-centuries for West Indies as the third unofficial Test against India A headed for a draw on the final day, here.

Chasing an improbable 373-run target, West Indies were 179 for two in the second session of the day with Solozano (63 batting) and Sunil Ambris (10) at the crease.

The hosts, who started at 37 for none, lost Montcin Hodge (25) when Shahbaz Nadeem had him caught by skipper Hanuma Vihari but not before he added 68 runs for the opening wicket with Solozano.

Next man in King ensured that Indian bowlers continued to toil as he added 99 runs for the second wicket with Solozano.

Again it was Nadeem who provided the breakthrough by clean bowling King.

With just under two sessions remaining in the match, a result other than a draw is not likely to emerge, considering that the hosts are batting well. Barring a batting collapse, the two teams will share the honours.

On the third day of the game, Shubman Gill became the youngest Indian cricketer to score a first-class double century and combined with Vihari to put India A in the driver’s seat.

The 19-year-old Gill, seen as the next big thing in Indian cricket, scored an unbeaten 204 off 250 deliveries to break former India opener Gautam Gambhir’s record.

Gambhir was 20 when he notched up 218 for India Board President’s XI against the Zimbabweans in a tour match in 2002.

India A resumed at an overnight score of 23 for three, and Gill, starting at 2, reached his century at the stroke of lunch. His overnight partner Shahbaz Nadeem fell for 13, after resuming on five, early in the day.

Captain Vihari (118 not out) then joined Gill in the middle and the two resurrected the Indian innings after a top-order collapse. The duo produced an unbeaten 315-run stand for the fifth wicket before India A declared on 365 for 4 soon after Gill scored his double ton.

Gill bounced back strongly from his a first-ball duck in the first innings, and his unbeaten knock of 204 was laced with 19 fours and two sixes, with a strike rate of 82.25.

While Vihari, who had earlier bailed out India in the first innings with a half century, continued in the same vein, hitting 10 boundaries and a maximum.