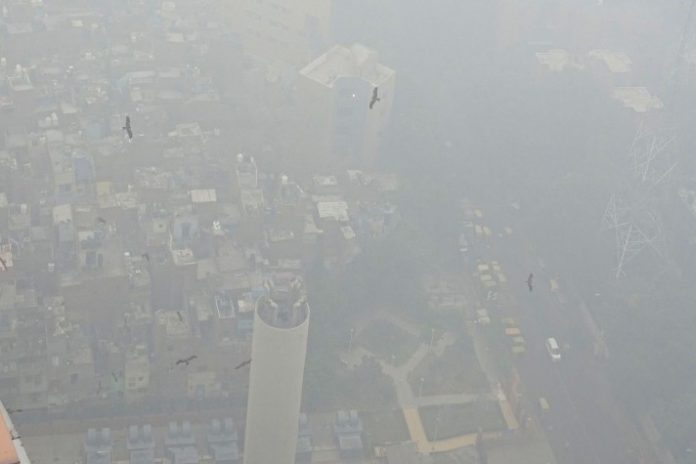 Low visibility due to the toxic smog enveloping Delhi and its surrounding areas on Thursday delayed the start of the USD 400,000 Panasonic Open India golf tournament here.

With a thick layer of noxious smog blanketing Delhi-NCR, organizers were forced to push the start of the Asian Tour event at the Classic Golf and Country Club here from 6:40 am to 11:00 am, while rescheduling the afternoon start.

The groups which were scheduled to tee off in the afternoon session will now begin their campaign on Friday.

“Due to poor visibility and weather conditions, the Tournament Committee has made the following decision: Round 1 Tee Times will now be based on a 4 tee shotgun start with a start time of 11:00 am (Thursday),” Panasonic Open India said in a statement.

“Players originally in the Round 1 Afternoon session will now tee off on Friday 11:00 am based on a 4 tee shotgun start.”

Read: Anything for Cricket: Choc-a-bloc Kotla in smog-choked Delhi

The last four winners including defending champion Khalin Joshi are in the field of 126 players at the Panasonic Open India, which has been shifted out of the Delhi Golf Club (DGC) for the first time.

According to an official, the tournament is likely to be reduced to three days with golfers competing over 54 holes.

The smog, resulting from raging farm fires and unfavorable weather, pushed pollution in Delhi-NCR towards the “emergency” zone once again, prompting authorities to order the closure of schools till November 15 — the second time in two weeks.

The air quality in Delhi on Thursday remained in the severe category with the AQI being recorded at 460.

Earlier this month, India and Bangladesh had played the first T20 International at the Feroz Shah Kotla ground in Delhi, despite the severe post-Diwali air pollution.