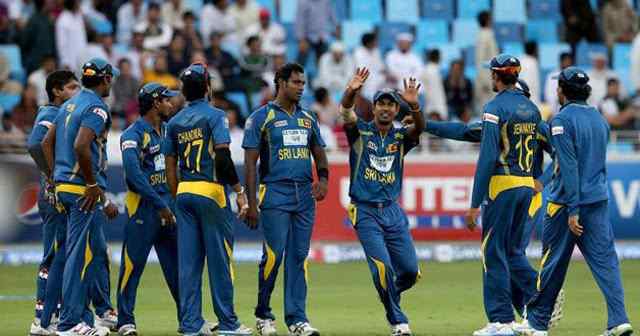 Sri Lanka Cricket will only consider the players for the T-20 series against Pakistan who are ready to travel to Lahore for the last game of the three-match series.

Those not ready to travel to Lahore, the site of a terrorist attack on the team bus during the Sri Lanka’s last tour of Pakistan in 2009, will not be selected for the series at all.

Sri Lanka Cricket is trying to convince the players that a possible 24-hour trip to Pakistan would not be unsafe. The selectors have been hinted to pick the only players who are prepared to play the last match in Lahore.
“The understanding is that we choose the same squad for the series, in fairness to the players who have put their hands up for the Lahore match,” ESPN Cricinfo has quoted chief selector Graeme Labrooy as saying.
In spite of assurances from the Sri Lankan cricket board, some of the players are not willing to travel to the terror-torn nation.
Captain Upul Tharanga is among the players who are not convinced and prepared to play in Lahore. If SLC continues with its stance of one squad for the three-match series, the visitors would have a new captain for the T-20 series.

“At the moment the board is talking to each of the players individually, so the selectors don’t know exactly who is available now,” Labrooy said. “But we should know that by Friday morning. Two SLC executive committee members have been contacting the players.”
Sri Lanka in the ongoing five-match ODI series is down 0-3 against Pakistan.