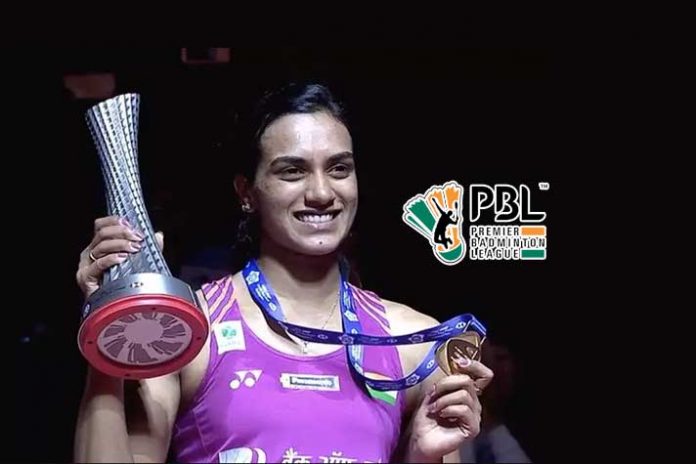 PV Sindhu signs off the Badminton World Federation 2018 tour with the biggest pay cheque on the BWF circuit, the biggest title and a big jumbo off her back.

After faltering at the last hurdle in the six major finals this year, Sindhu finally got rid of the unwarranted tag of a weak finalists. The 21-19, 21-17 triumph over Japan’s Nozomu Okuhara brings with it the BWF World Tour Finals title – the first for an Indian female player – and a pay purse of $ 1.2 lakh (₹85 lakh).

It does not just end Sindhu’s wait for a prestigious title after 13 months, but it will also enhance the focus on the PBL the win coming as the best possible precursor to the league.

At the $1.5 million Guangzhou World Tour Finals, Sindhu has completed an unbeaten run while quelling the challenge from the word No. 1Tai Tzu Ying, Akane Yamaguchi, Ratchanok Intanon and Nozomu Okuhara.

Sindhu anyways has been the biggest draw for the PBL. Her grand success on the biggest BWF stage also guarantees more football and an even better television ratings every time she takes to court for her PBL duties. That ensures enhanced ROIs to all stake holders – sponsors and the broadcaster included.

Insidesport.co has reliably learnt some leading public sector and corporate brands closing in on sponsorship tie-ups for the PBL. Brand Sindhu has further enhanced the value of the biggest and richest commercial property in world badminton.

The PBL season starts over the weekend (December 22), but Sindhu’s new found success has already put the Indian badminton and the PBL in headlines.