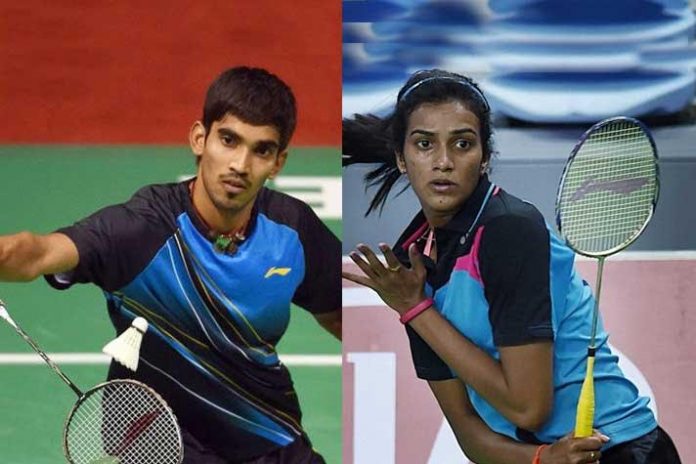 Top shuttlers P V Sindhu and Kidambi Srikanth would look to continue their impressive run in their quest for first title of the season when they lead India’s challenge at the USD 350,000 BWF World Tour Super 500 tournament starting here tomorrow.

Olympic silver medallist Sindhu and former world no 1 Srikanth were in rampaging form last season, clinching multiple crowns but this season so far a title has eluded both despite dishing out consistent performances in major tournaments.

While Sindhu finished runners-up at India Open and Commonwealth Games, Srikanth too clinched a silver at Gold Coast and helped India achieve the coveted mixed team gold with the help of a victory over Malaysian legend Lee Chong Wei in the final.

The duo looked in good touch at Malaysia and Indonesia — the first two events of the south-east Asia leg of BWF world tour. While Sindhu reached the semifinals and quarterfinals of women’s singles in the last two weeks, Srikanth’s progress was halted by Kento Momota of Japan in both the tournaments, exiting in semifinals and first round respectively.

This week, Sindhu will open her campaign against Bulgaria’s Linda Zetchiri, while Srikanth faces a qualifier in the men’s singles event.

Saina Nehwal, who won her second gold at Commonwealth Games in April, will also look for a good outing after two second round exits in the last two weeks. She will face Thailand’s Busanan Ongbamrungphan in the first round.

Coming back after recovering from an inflammation in his ankle joint, H S Prannoy had stunned former two-time Olympic gold medallist Lin Dan in the opening round but lost in the quarterfinals to All England champion Shi Yuqi.

Prannoy, who had reached the semifinals in two major events and won the US Open last year, will face Spain’s Pablo Abian, who clinched the title at White Nights yesterday.

Swiss Open champion Sameer Verma too will look to go deep in the draw when he opens his proceedings against Thailand’s Tanongsak Saensomboonsuk.

Also returning to action after recovering from a stress fracture on his shin is 2014 Commonwealth Games champion Parupalli Kashyap. He will face China’s top seed Shi Yuqi in the opening round.

World no 53 Vaishnavi Reddy Jakka, whose grandmother Sowjanya Jakka Reddy recently filed a writ petition against chief national coach Pullela Gopichand and the BAI in the Delhi High Court after being ignored for the Asian Games, will face Japan’s Sayaka Sato, seeded eighth. The 16-year-old from Hyderabad had clinched the Iberdrola Spanish Junior in February and reached the final at Iceland International in January.

In women’s doubles, Meghana Jakkampudi and Poorvisha S Ram, and Sanyogita Ghorpade and Prajakta Sawant will also compete, while Satwiksairaj Rankireddy and Ashwini Ponnappa will feature in the mixed doubles competition.