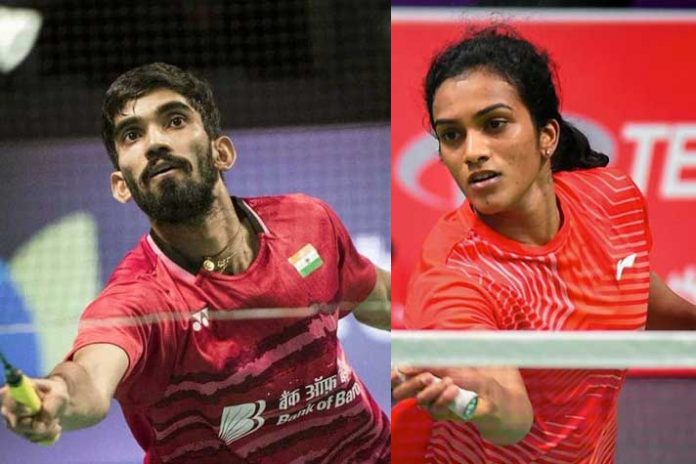 Olympic medallist PV Sindhu and Kidambi Srikanth crashed out in the quarterfinals of the French Open after suffering straight-game defeats in their respective matches as India’s campaign ended in the singles events at the BWF World Tour Super 750 tournament here.

Third seed Sindhu looked a pale shadow of herself as she lost 13-21 16-21 in 40 minutes against seventh seed He Bingjiao of China on Friday night.

It was Sindhu’s second consecutive loss at the hands of the Chinese shuttler this year after her straight-game defeat in Indonesia Open in July. By virtue of this win, Bingjiao extended her head-to-head record to 7-5 against the Indian.

Earlier in the day, Saina Nehwal yet again failed to crack the code of top seed Tai Tzu Ying of Chinese Taipei, losing 20-22 11-21 in another quarterfinal encounter.

To make matters worse for India, fifth seed Srikanth gave a good account of himself but eventually lost steam against top seed Kento Momota of Japan.

Srikanth fought hard in both the games but failed to reach the finishing line, losing 16-21 19-21 to slump to his seventh consecutive and fifth straight loss this year against the Japanese opponent.