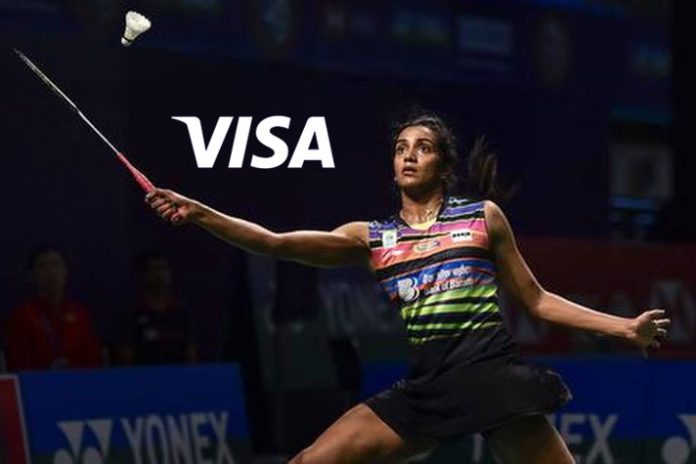 PV Sindhu in yet another first for Indian sports has joined Team Visa for the Tokyo 2020 Olympic Games. The deal will enable Sindhu draw benefits from the International Olympic Council’s worldwide partner, which has been supporting over elite 400 Team Visa global athletes.

Read: Yet another early exit for Sindhu, crashes out in Korea Open first round

Setback to Sindhu as coach Kim quits for personal reasons

“It’s the dream of every player to be on the Olympic podium and make their country proud. Along with that, having a strong support system on all fronts shows the trust placed in your efforts. I’m excited to be a part of Team Visa for the Olympic Games Tokyo 2020,” said Sindhu, the first Indian to win a BWF World Championships gold, a feat she had accomplished last month.

Welcoming Sindhu, Visa’s India & South Asia group country manager TR Ramachandran said, “The brand brings together the world’s finest athletes preparing for the Olympic Games Tokyo 2020. With her talent, skills and perseverance, PV Sindhu is a natural fit amongst this elite group of world class athletes. We welcome her to Team Visa for the Olympic Games and believe this association will inspire young sportspersons across India to reach greater heights in the sports they pursue. Sports is something which unites citizens across the globe. Hence, we strongly believe in being there for athletes who are bringing the world closer and display breakthrough performances irrespective of challenges.”

Team Visa athletes, with the ability and ambition to bag Olympic medals, get tools and resources including funding support and financial literacy training under the programme.