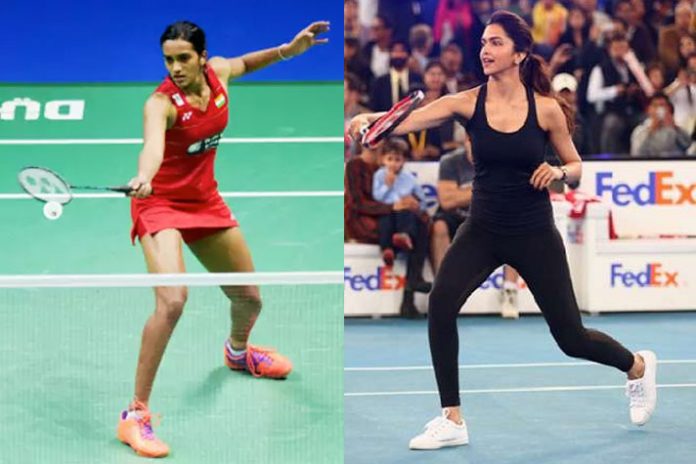 The long-awaited biopic on Rio de Janeiro Olympics silver medallist PV Sindhu may finally be ready for roll out by December 2019. The script is ready and work on casting is set to begin.

Speculation is rife about who will play the lead. Badminton player-turned film star Deepika Padukone is the first choice. Will she, or won’t she be the onscreen badminton star? Nothing if decided as yet.

The man behind the film, Sonu Sood has earlier revealed that he himself wanted to play Sindhu’s coach Pullela Gopichand.

The actor-producer has told news magazine Delhi Times that Deepika Padukone, who had played badminton at national level, is his first choice for the role.

“You can’t teach someone to play world class badminton in just a few months. It’s important that the leading lady knows the game well, which makes it a challenging task for us. I don’t know who is destined to play Sindhu, but yes, Deepika Padukone has always been our first choice and that holds true even today,” Sood is reported as saying. “I didn’t approach her back then because I wanted her to read the final script. Now, when we give her the script, we’ll know if she’s game to be a part of this biopic. With her, we know we’re on home ground because she knows the sport very well.

“I plan to play the part. I know there is a biopic being made on him, but his story ends where Sindhu’s story begins. He’s her mentor and the equation they share is very special. I really want to be a part of it, and hopefully, I will be.”

Sood wants to roll out the film by the end of this year. “The biggest challenge while making a biopic is the writing and the casting. The script is finally ready. We have recently locked it and are now planning to work further on the modalities. Once you decide to narrate the story of a sportsperson such as PV Sindhu, you have to do justice to it. The responsibility of telling her story correctly has been giving me sleepless nights. I can’t go wrong with this one,” he is quoted as saying.

Two more biopics on badminton icons are on the cards. A film on the life and journey of Saina Nehwal had been announced long back. Shraddha Kapoor had been named to play Saina. The actress had also started attending batting training sessions to hone her skills. Shraddha has reportedly opted out of the role and there is no known development thereafter.

A biopic on Saina and Sindhu’s coach Gopichand is also in the pipeline with actor Sudheer Babu playing the Padma Bhushan Awardee coach.

Also Read: PV Sindhu gunning for flight into aviation history as a co-pilot