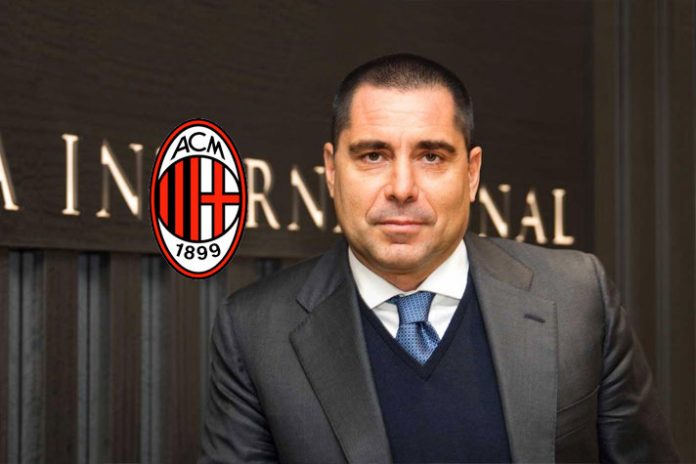 Italian businessman and investor Riccardo Silva is set to take a minority stake in Serie A club according to a report by SportBusiness International. The move comes after the successful takeover bid of the club by American billionaire hedge fund manager Paul Singer led Elliot Corp.

Silva will become co-owner of the club with Elliott Management Corporation. Elliott took control of the club this week after Milan’s Chinese owner, Yonghong Li, failed to repay a $37.4m loan to the fund the acquisition of the team from former owner Silvio Berlusconi last year.

The investment firm has also promised financial support and stability to the club with an initial €50 million ($ 58.5 million) cash injection providing a much-needed lifeline at times when it is fighting a sanction that would keep it out of the Europa League this season.

The report suggests that Elliott are keen on Silva’s presence as co-owner since it returns Milan to Italian hands, which is likely to play well with the supporter base after a lukewarm relationship with the elusive Li. The Milan-born 48-year-old is known to be a die-hard fan of the club and was previously chief executive of its TV channel, Milan Channel.

Silva owns London-based Silva International Investments, whose portfolio includes majority shares in the US football club Miami FC and the SportBusiness Group. He is also a founder and minority stake holder of sports marketing agency MP & Silva, known to be world’s leading distributor of TV rights. The agency is now controlled by Chinese firms Everbright Securities and Beijing Baofeng Technology after they bought the majority stakes from Silva in May 2016.

Li’s defaulted payment of $37.4 million to Milan was the final part of $140.5 million he had committed to pay the club as part of his company Rossoneri Sport Investment Lux’s deal to acquire it from long-term former owner Silvio Berlusconi in 2017.

Elliott agreed to provide Rossoneri Sport Investment Lux with $210.6 million to complete the purchase, plus a further $150 million to aid investment in the playing squad. The loans, with an average interest rate of just below ten per cent, had to be repaid by October 2018.

Elliott stepped in to make the $37.4 million payment and had the ability to secure full control of Milan if Li failed to pay it back by 6th July.