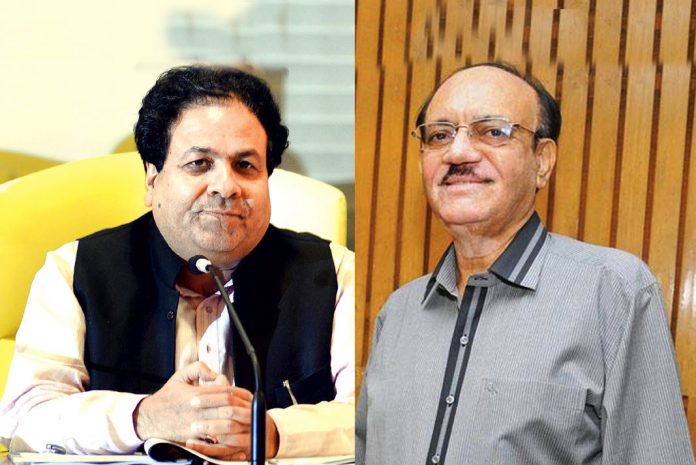 The top three BCCI functionaries are reported to be on their way out from the Board of Control for Cricket in India?

Rajiv Shukla, the IPL chairman is tipped to take charge from CK Khanna as the officiating president of the BCCI.

BCCI’s Committee of Administrators, appointed by the Supreme Court, has asked for removal of the trio of CK Khanna, Amitabh Chaudhary and Anirudh Chaudhary for non-compliance of directives.

An official, privy to the development, has told insidesport.co that “Shukla has already visited the BCCI office in New Delhi with BCCI’s Delhi office from where Khanna currently operates. CoA is just awaiting a nod from the court”

CoA has observed that Johri was prevented from attending the board’s SGM on July 26 where decisions were taken on implementation of the reforms. In their status report, the CoA observed the SGM as “…nothing but an exercise in self-perpetuation by vested, interests…”.

The CoA in the status report furnished to the Apex Court has also demanded forensic audit of each State association on the lines of Delhi & District Cricket Association and Hyderabad Cricket Association under a 3-member committee, headed by a former Supreme Court judge.

The status report further says, “It’s clear State associations have no desire to implement reforms,” according to media reports. The fifth status report has made strong recommendations.

In the fifth status report, the CoA suggested:

Ø  more empowerment to finalise the text of the new BCCI constitution;

Ø bring into effect the new BCCI Constitution immediately upon the CoA;

Ø bring in a new funds disbursement policy with funds from BCCI to state associations only made according to that;

Ø create a separate committee to commission a forensic audit of each state association;

Ø appoint an administrator a month before elections in a state association to oversee the preparation of electoral polls;

Ø direct the existing office bearers of BCCI – CK Khanna, Amitabh Choudhary and Anirudh Chaudhary be disallowed from being associated with the working of the BCCI – and hand over control to the CoA headed by the BCCI CEO (Rahul Johri) until elections are held.

However, a senior board member alleges that the CoA charges are baseless and illogical. “The board members are functioning under the CoA. Not even as single decision or step can be initiated without all-powerful CoA.”