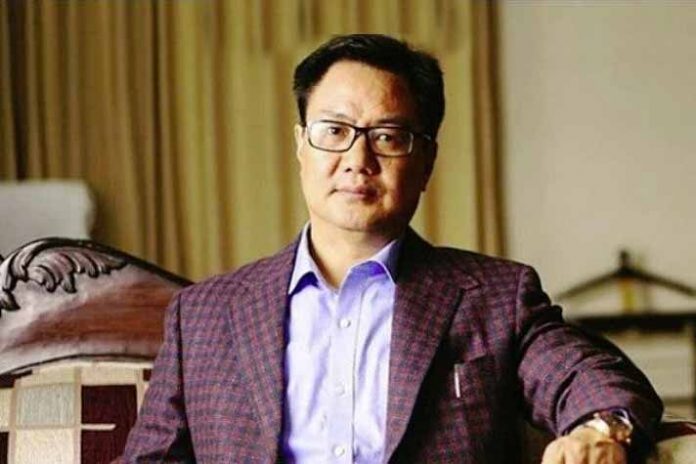 Sports Minister Kiren Rijiju on Friday steered clear of the controversy triggered by boxer Nikhat Zareen’s demand for a trial bout against the celebrated M C Mary Kom, saying he “should not” get involved beyond advising the federation to make the best choice.

Zareen had written a letter to Rijiju on Thursday, demanding that she be given a trial bout against Mary Kom before the Indian squad for next year’s Olympic qualifiers in China is decided.

This was after the Boxing Federation of India (BFI) stated that it intends to pick six-time world champion Mary Kom (51kg) for the event in China on the back of her recent bronze medal at the world championships in Russia.

“I’ll surely convey to Boxing Federation to take the best decision keeping in mind the best interest of the NATION, SPORTS & ATHLETES. Although, Minister should not be involved in the selection of the players by the Sports Federations which are autonomous as per OLYMPIC CHARTER,” Rijiju tweeted in response to Zareen’s letter.

Mary Kom has maintained that she would go by the decision taken by the BFI, which had earlier stated that only the gold and silver-winners from the world event would be given direct selection for the Olympic qualifiers.

Zareen had been refused a trial bout before the world championship as well after the federation decided to pick Mary Kom on the basis of her gold-winning performances in the India Open and the President’s Cup.

Responding to Rijiju‘s post, Zareen said she hopes for a fair chance.

Rijiju hints at relaxation for ‘VIPs’ in National Sports Code

“Thank you so much, sir, for your immediate action. I just hope favouritism and nepotism don’t take place for athletes who all work very hard to bring laurels for our country,” she tweeted.

The BFI introduced a points-based selection system last year under which boxers are now being picked on the back of their performances in various graded tournaments and the national camps.

Trial bouts, a norm earlier, are being conducted only in those weight categories in which the coaches and selectors find the competition to be exceptionally close.