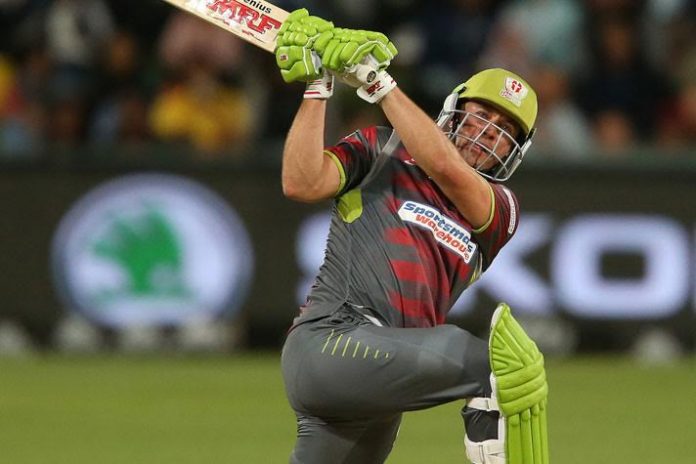 If cricket were a language it has its own grammar, which may well be defined as technic. Defying the grammar, in general, will mean leaving the language poorer.

But AB de Villiers with willow in hands doesn’t just defy the grammar and conventions of batting, he rather makes the sport even more beautiful in this defiance. The game has become richer with a repertoire of shots that only the former South African captain can play.

The shots which may be hard to define and need to be seen to be believed. He played one such shot in a Pakistan Super League that will make even the sport swell with pride. Cricket has always been clinical, de Villiers is adding creativity to it.

He executed one such masterpiece during the ongoing Pakistan Super League.

The array of the master craftsman’s shots has given the cricket lovers a range of the best of the best shots, which only de Villiers could executive with unbelievable ease. Others would just try. Some succeed. But none can match the success rate of this man, whose batting master class is compiled in numerous top tens like the one here.

These are not power hits. These are not classic cases of wrist work or timing. This is the modern art of batting, which can only be enjoyed than understood.

Choose between India and Pakistan, BCCI may ask ICC: ToI