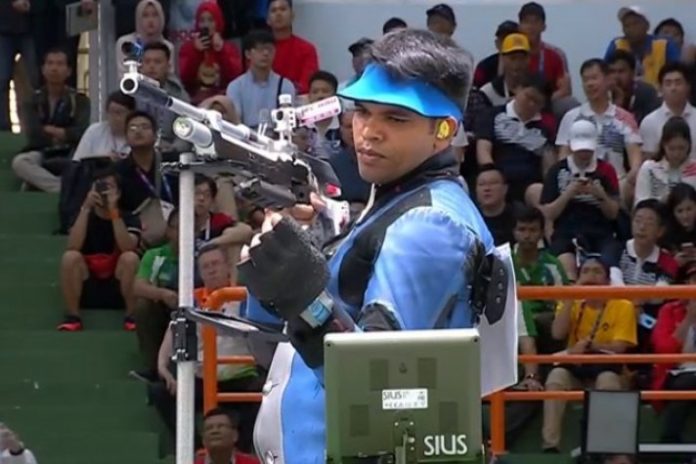 Deepak shot 145 in the final of the event on the tournament’s opening day.

Deepak, who won a bronze medal at the 2018 ISSF World Cup in Guadalajara last year, qualified for the eight-man final in third place with a score of 626.8.

India has already secured nine Tokyo quotas in rifle and pistol and lies behind China (25 quotas) and Korea (12) in the Asian region, besides the host-country Japan (12 allotted slots), in terms of quotas won.

The most experienced of the three Indian shooters participating in the event, Deepak lived up to the expectations by managing to win a quota.

Deepak is the second Indian shooter to earn an Olympic quota in the event after Divyansh Singh Panwar, who secured it in April.