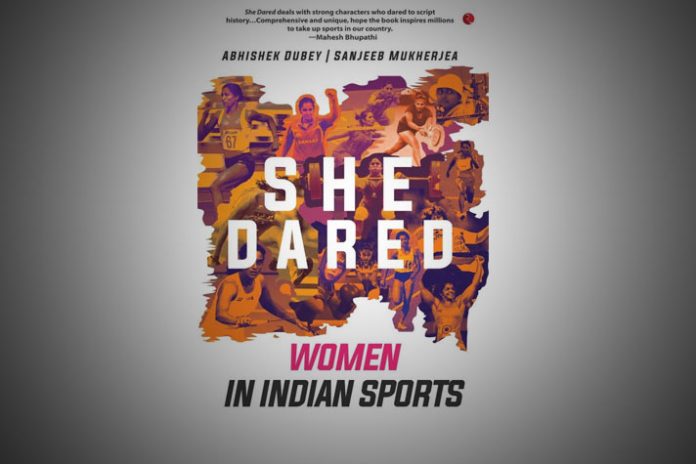 In India, there is a general perception that only cricket counts. In other sports, we tend to chase the champions and the process of the making of the champions is overlooked by the media. Finding comprehensible accounts in prose is even more difficult. It is here that ‘She Dared’ – Women in Indian Sport’, a fresh new read from the stables of Rupa, comes as a sparkling surprise, recounting the trials and tribulations of India’s top women athletes over the decades.

The book has got several unique selling points. The book not only talks about the women’s achievers but more importantly the sweat, the pain and the efforts which went behind these achievements. It talks about the winners, but more importantly, about those who may not have won then – but who paved the way for others to come and win. The main characters dealt with in the book are a unique mix. They are not just fleetingly discussed with the emphasis on victory and defeat.

A different style of storytelling from ground zero and in detail- triggering a debate on the varied aspects is the strength of the book. The book is not a coffee table book but is full of meat and content which keeps the readers engrossed. For instance, the chapter on women wrestlers with the focus on Sakshi Malik is full of historicity, culture and setting a different paradigm in the society and the State.

From PT Usha who prompted world sport to take note of India; the legend of Anju Bobby George who dared to soar where many others couldn’t; the steel grit of Karnam Malleswari that brought home India its first Olympic medal by a woman; the indomitable will force of MC Mary Kom; the ascent of Indian badminton through Saina Nehwal and then PV Sindhu; to the gripping tale of how a flat-footed kid from Tripura had the world in awe pulling off the death-defying gymnastic routine Produnova, ‘She Dared’ comes as a refreshingly different book that looks at these special athletes through their struggles and journeys that have often been forgotten.

Co-authored by Abhishek Dubey and Sanjeeb Mukherjea, two respected names in Indian sports journalism and broadcasting, ‘She Dared’ is an extremely well-researched work of labor that has the two authors bring out the visceral journey of Indian women athletes through the ages. ‘She Dared’ paints a riveting picture of the lives of some sportswomen. This book is a fascinating collection of narratives that will make readers aware that success is not simply about determination and foresight or even talent, it is also about survival.

As a book deserves a read and collection as the inspirational and motivational stories full of rages to the riches narrative and as the path of progression in terms of women athletes coming up despite the system to some of the champions who are now the product of the champions. The book is relevant for the students, professions, aspiring and current sportspersons, and specialists – both as the good read and the collector’s item.

The book is an inspiration. A source of self-motivation and a guide laden with examples of excellence amidst adversities.