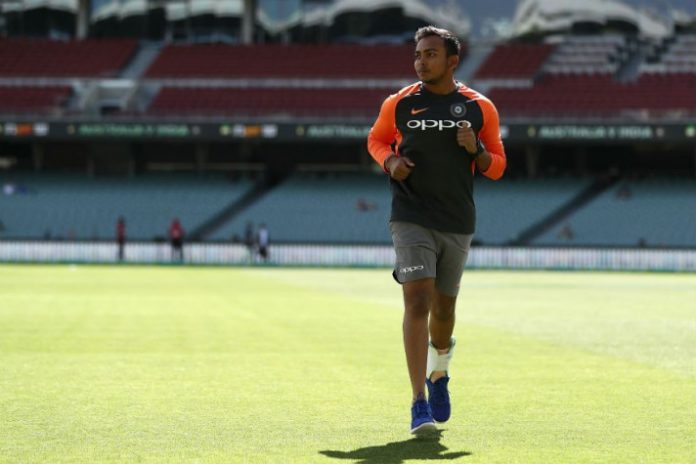 Young batsman Prithvi Shaw, who was banned for eight months for failing a dope test, has been included in the 15-member Mumbai squad for Syed Mushtaq Ali tournament but will be eligible to play from November 17.

Shaw was banned from all forms of cricket by the BCCI for a (retrospective) period of eight months in July after failing a dope test during the Mushtaq Ali Trophy in March and his ban ends on Friday.

The squad for the last two games and for the super league stage of the national T20 tournament was announced by the Mumbai Cricket Association on Thursday.

The 20-year-old Shaw will be eligible to play only from the November 17 when Mumbai takes on Assam in their last league game at the Wankhede stadium here.

Mumbai are so far unbeaten in the tournament, having won all their five games and are set to qualify for the super league stage.

On November 9, when Shaw had turned 20, he had assured that his 2.0 version would be displayed.

“I turn 20 today. I assure it will be Prithvi Shaw 2.0 going forward. Thank u for all the good wishes & support. Will be back in action soon. #motivation #hardwork #believe,” he had tweeted on his birthday.

Shaw, who made a memorable Test debut for India against the West Indies, last played in the Indian Premier League.