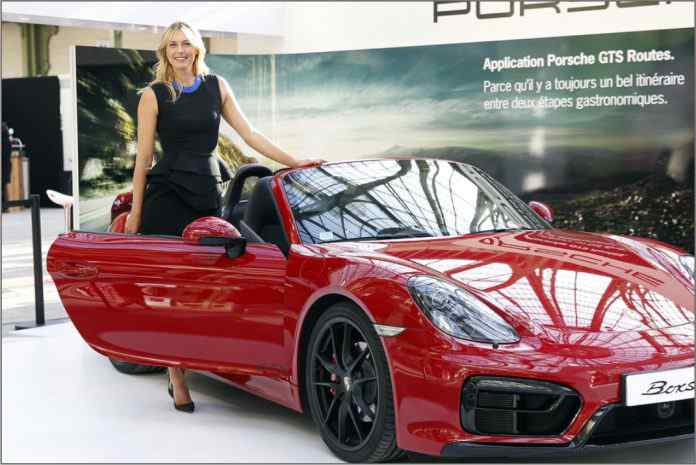 Tennis star and five time Grand Slam winner Maria Sharapova will be seen in action, returning to competitive tennis in April after completing a 15-month ban.

Sharapova had been banned for two years after testing positive for banned drug meldonium during the the Australian Open in 2016. She admitted to using meldonium for several years and said she was not aware that it had been banned from 2016. After her appeal, the ban was cut down to 15 months.

The tennis star will play at the Stuttgart Open in April and the French Open in May will be her first Grand Slam tournament.

The issue started after the World Anti-Doping Agency (WADA) decided to ban meldonium beginning 2016 because it aids oxygen uptake and endurance. Sharapova had said that she had been taking meldonium for 10 years to address health issues.

Sharapova has been one of the hottest sports brands in tennis in recent years. But after the ban for consuming prohibited drugs, sportswear giant Nike, watch company Tag Heuer, water company Evian and car brand Porsche had decided to suspend the endorsement contract.

“We have decided to suspend our relationship with Maria while the investigation continues,” Nike had said in a statement. TAG Heuer had said it has abandoned talks on renewing its sponsorship, which expired in December, “in view of the current situation.” Porsche had said it has “chosen to postpone planned activities” with Sharapova “until further details are released and we can analyze the situation.” And Evian, the water company, said it “will follow closely the development of the investigation.”

Despite their statements at the peak of the controversy, none of Sharapova’s sponsors had cut ties altogether.

The off-court appeal of Sharapova is unmatched. According to US News, Sharapova may have earned $29.5 million during 2015, most of it due to her businesses and glamorous appeal outside the tennis court. According to Forbes, the tennis star has been at the top of the earnings chart for women’s tennis players for 11 consecutive years.

The former Wimbledon winner has earned $36 million in career prize money and has 35 career titles. But her endorsement deals and businesses, including premium candy brand Sugarpova, are believed to be far bigger than her tennis earnings.