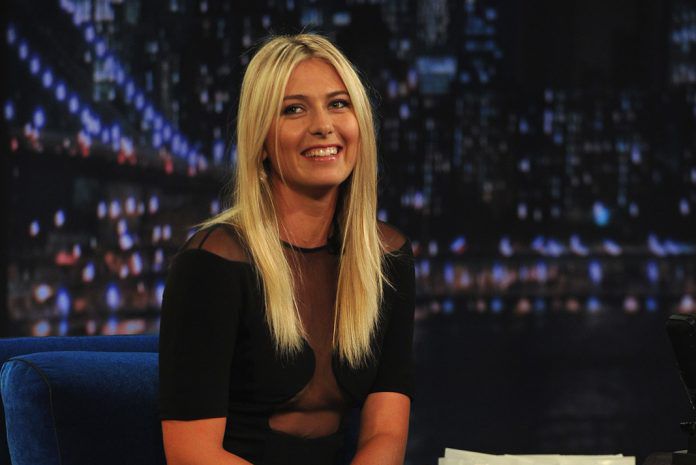 Maria Sharapova has an interesting story to tell, there’s no doubt about that. While her book is set to publish in September, iTunes just released a 55-minute documentary on the Russian titled “The Point.”

The glam girl of tennis has shared about the film, her career, doping charges and her struggle to comeback in a candid interview with the baseline.tennis.com.

To kick things off, Sharapova sits down to tell her side of the meldonium doping scandal, from receiving the email notifying her of her mistake to learning of her reduced 15-month sentence. Her biggest goal, although she doesn’t believe in setting tennis goals right now, was to move forward and fight for her right to return to the tour.

“I learned how to be present in a situation,” the 30-year-old in her chat with Nina Pantic. “It also gave me the chance to [see] what is life without what you’ve had for so long.”

Sharapova certainly took advantage of her time away. She finally got to travel the way she wanted—often spontaneously—while training how and where she felt like, and hanging out with the friends she often didn’t have time for while on tour full-time. She improved her education, grew her business, and even dabbled in acting (she’ll make a cameo in Ocean’s Eight).

Filming a little late night cameo w @mariasharapova & she brought her own candy! She has her own candy line!!! #Goals ?

Though the critics were unrelenting, support throughout her suspension was never lacking, as her fans and many of her sponsors stood by her. Sharapova also surrounds herself with a strong core team that includes coach Sven Groeneveld, trainer Yutaka Nakamura and manager Max Eisenbud. Her father Yuri has kept close watch from Day 1.

“I spend more time with my team than I do with my family or my friends,” Sharapova said.

Despite the group mistake of overlooking the updated World Anti-Doping Agency list for 2016, she notably didn’t fire anyone, saying that wouldn’t have helped. “There’s no way they’d never see me on the court again,” she says later, of her family and team.

Every step of the way — from the start to the return — my dad was there, pushing me to be better. pic.twitter.com/g9AgrvLfL3

While a chunk of the film shows her training hard for her April return in the expected style of long court hours, brutal sprints and dedicated gym time, her suspension gave her reason to explore less-traditional workouts. She ventured into hot yoga, group cycling classes and even boxing.

For an athlete like Sharapova, who has been training to win Grand Slams from childhood, taking control of her own workouts was a big deal. “I’m doing this for my body. I’m not doing this for Roland Garros,” she has said, even casually attending a Soul Cycle class in New York. “I’m doing it for me.”

As her return date neared, a frenzied debate over wildcards took over the tennis world, with Sharapova quietly accepting what was offered, starting in Stuttgart. “It’s not an easy place to be at,” Sharapova said. “My mission is the first match, and the match after that. Whether it takes me to Paris or whether it takes me to London, I don’t know. But I hope so. I really do believe that I deserve to be there, and I deserve to be playing there.”

Of course, as the world knows now, Sharapova was not awarded a wildcard into Roland Garros, and after injuring her thigh in rome, the former No. 1 pulled out of the grass-court season.

There’s a long, long story to tell still. Now ranked No. 179, Sharapova has accepted a wildcard into Toronto in August. She has this to say about everyone watching her continued comeback: “Whether they love me or hate me, respect me or don’t respect me, they’re curious and so am I.”