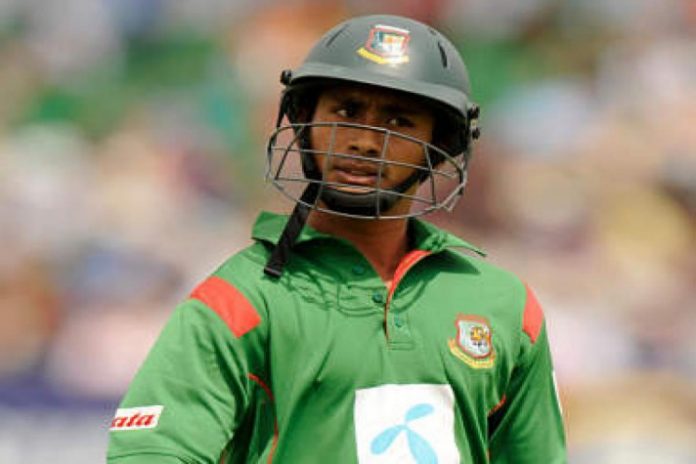 Former Bangladesh captain Mohammad Ashraful on Thursday said the ban on Shakib Al Hasan for failing to report corrupt approaches is a shock to the system and suggested that the top all-rounder be shielded from news on him to help his comeback.

Ashraful, who was indicted in a corruption case in the Bangladesh Premier League, offered support to Shakib, saying it’s going to be tough 12 months for one of the most iconic players that Bangladesh have produced. Shakib has been banned for two years, one year of that being a suspended sentence.

Also Read: Shakib’s suspension is a huge loss for our country: former BCB and ICC president…

“Our cases are different. He didn’t inform the fixing approaches to authorities, while I was fully involved in match-fixing. But this is going to be a shock to the system,” Ashraful who has now returned to playing first-class cricket after his five-year ban, told ESPNcricinfo.

“We love playing cricket. What Shakib is going through is hard to explain in words. I think there shouldn’t be too much news about him. Dealing with so much news was hard (for me).”

The 32-year-old Shakib, who is the top-ranked ODI all-rounder, was found guilty of not reporting approaches from an alleged Indian bookie, Deepak Aggarwal, on three occasions, one of them during the IPL in April 2018.

Bangladesh Prime Minister Sheikh Hasina sympathised with Shakib and stated that the country’s cricket board will stand by their Test and T20 captain in this difficult period.

Ashraful, who was handed a five-year ban (two years suspended) for match-fixing in the Bangladesh Premier League in 2014, described how difficult it became for him to deal with the punishment.

BCB chief denies prior knowledge of ICC investigation on Shakib

“I slept through the first six months. I used to watch TV all night, and then wake up at around 2pm in the afternoon. I then performed Hajj, which gave me a new perspective.”

“I always wondered whether I would be able to play again, mainly because of my age (Ashraful was 30 when he was banned). The cricket board is helping Shakib. I got support but it wasn’t what Shakib will get. Also we must remember that players like Mashrafe Mortaza, who was often injured, and Shakib have always made extraordinary comebacks.”

Ashraful said he was surprised to receive overwhelming support from fans during his suspension. His ban ended last year.

“When I played for Bangladesh, I always had half the people support me and the other half disliking me. After I confessed and apologised to everyone, around 95% were in my support. Nobody believed that I did it alone. It wasn’t possible.”

Ashraful said keeping fit was the biggest challenge for him though Shakib won’t have to deal with those many issues.

Ashraful said he couldn’t train or play recognised cricket in Bangladesh and had to compete in unsanctioned tournaments.

“I wasn’t allowed to play or train anywhere during the three years. I used to play with lawyers in Dhaka. I played in tournaments in the US where there were no sanctions. I played around the country in different places.

“I met new people, had new experiences. Shakib wouldn’t have to go through anything like this. He will be allowed to train in Mirpur. He won’t have any problem like I did,” he said.

“I had the belief that no Bangladeshi cricketer would get into this kind of trouble after me. We have very different cases, but still the punishment is to stay away from cricket. I felt bad. Shakib is the No.1 all-rounder in the world. He is our best player.