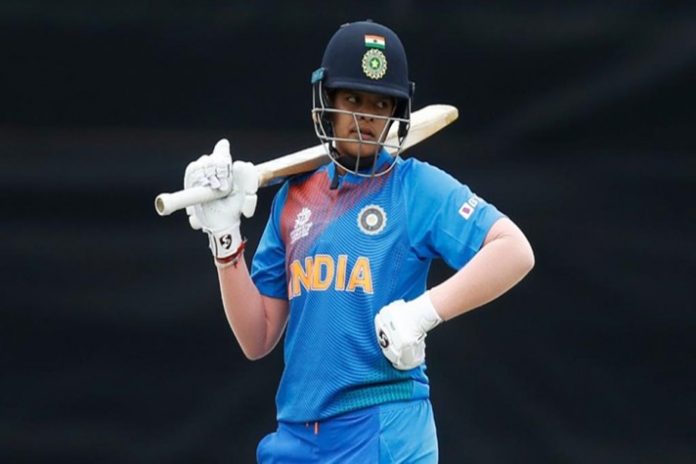 Just like the might of her willow atop the Indian women cricket team’s batting order, teen sensation Shafali Verma is off the blocks in brand endorsement world with a big PepsiCo deal.

The youngest member of the Indian women’s cricket team, the 16-year-old Shafali has been roped in by the multinational food and beverage company as one of the Pepsi brand ambassador for India. Shafali will join Salman Khan to promote the aerated water brand.

Though Shafali, who has climbed to the top spot in the ICC Women’s T20 rankings for batters in less than six months since her India debut, had an earlier contract with India’s leading cricket gear brand Sanspareils Greenlands (SG), the Pepsi contract in real terms is the first major brand endorsement deal for the Rohtak girl.

The initial one-year contract has been signed between ₹ 30 lakh and ₹ 40 lakh. The value may further go up with performance-linked bonus.

Next in the line can be a contract with a leading sports shoe and apparel brand. The negotiations, InsideSport has reliably learnt, between Shafali’s exclusive managers Baseline Ventures and the brand are in advance stages. Talks are also on to close several more interests.

Shafali had started invoking the brand interest ever since she beat Sachin Tendulkar’s record for being the youngest cricketer to score an international half-century. Her ICC Women’s T20 World Cup heroics and rise to the No. 1 in world rankings have further enhanced the brand interest.

In the four ICC Women’s T20 World Cup innings Down Under, Shafali has struck 161 runs at phenomenal 161 strike rate, averaging 40.25 runs per outing.  She has also been the Player of the Match on two occasions. Shafali has also struck the most number of 9 sixes in the process of driving India to the Sunday’s final against hosts Australia.

The teen, already being compared with Virender Sehwag, is seen as the next big name in the brand world from Indian women’s cricket team, which already has given to the market some leading names like veteran Mithali Raj, Smriti Mandhana and skipper Harmanpreet Kaur.

Smriti and Harmanpreet are both managed by Baseline Ventures. The company is also managing the commercial interests of two other Indian women team members – Jemima Rodriquez and Radha Yadav.