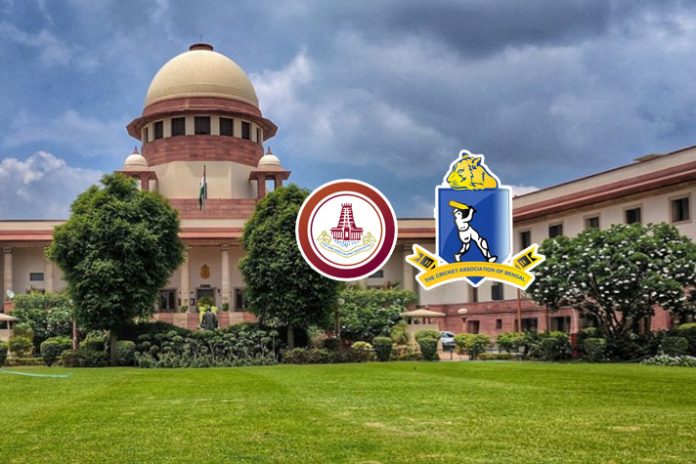 Various BCCI State units have “welcomed” the Supreme Court directive on Friday, which allowed associations to hold their elections.

The latest Supreme Court directive restricts the disqualification from contesting elections to office-bearers only, maintaining status co on the other positions in State cricket bodies internal committees.

A few days back, Committee of Administrators (CoA) in their electoral directive had mentioned that even the tenure of service in the working committees will be calculated to determine the “cooling off” period. This would have effectively denied Sourav Ganguly (CAB president) and Jay Shah (GCA secretary) the opportunity to contest again.

The Supreme Court on Friday also allowed the TNCA to hold elections to elect office bearers but said the results will be subject to its decision.

A bench comprising Justices S A Bode and L Nageswara Rao said the state cricket associations can go ahead with the elections but will not declare the results. It will be subject to the order of this court and legal remedies will be available to parties.

The bench, in its interim order, further directed that disqualification norms “shall remain confined to office bearers only”.

“It is a welcome move. One needs to wait for the complete order and study the finer details before commenting. Having said that, we are happy that the Hon’ble Supreme Court has listened to state association’s plea and provided much-needed relief and breathing space,” CAB joint secretary Avishek Dalmiya told PTI.

“We had sought a clarification on certain issues and it has come. The elections will be conducted. The TNCA will hold a meeting in a couple of days to discuss the court direction and conduct of the elections,” a senior TNCA source said.

The CoA counsel during Friday’s hearing alleged that the TNCA was amongst few associations, which have not complied with the Constitution of the BCCI as per August 9, 2018 judgement.

In that regard, the SC judgement is a shot in the arm for Tamil Nadu as N Srinivasan, despite being disqualified as per Lodha norms, will remain relevant in the BCCI power game.

While the CoA members were not available for comments, a source close to the SC-appointed committee said that the BCCI elections will go on as per schedule.

“The CoA has no intention of rescheduling BCCI AGM from October 22. Once elections are over, they will submit a report in a sealed envelope to the Supreme Court and their function ends then and there,” the source said on Friday.

However, there are still some doubts as to whether they can hold AGM by October 22 as some state units might not be able to conduct their polls by September 28 deadline.

The apex court on Friday also ruled that the 21-day notice period for holding elections will be waived subject to discretion of the Amicus Curiae PS Narsimha.

In case, some of the State units delay their elections, then the AGM may be deferred by a few days or weeks.