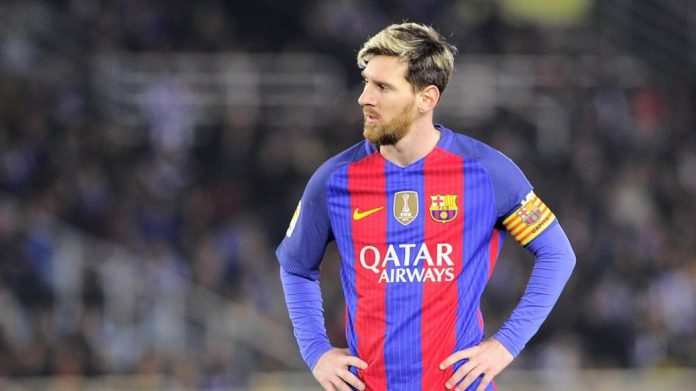 Barcelona and Argentine superstar Lionel Messi and his father Jorge have lost their appeal to Spain’s Supreme Court  as it has has confirmed on Wednesday  a 21-month prison sentence for tax fraud.

According to Daily Mail news report, The 29-year-old, five-times world player of the year, was found guilty by a Barcelona court last July on three counts of tax fraud between 2007 and 2009, resulting in a suspended 21-month prison sentence and fine of €2million (£1.75m).

Messi’s father Jorge was given the same sentence and ordered to pay a fine of €1.5m (£1.3m). Spanish law is such that any sentence under two years for a non-violent crime rarely requires a defendant without previous convictions to serve jail time.

Messi, 29, and his father defrauded the Spanish tax office of almost €4.2m (£3.6m) from 2007-09 by using a web of shell companies to avoid taxes on income from the player’s image rights.

2006 – 2009: Spanish authorities say Messi and his father Jorge used companies in countries such as Uruguay, Switzerland and Belize to reduce tax on the player’s income from image rights.

June 2016:  The Messi’s are found guilty of tax evasion. Lionel Messi is fined £1.75m and handed a 21-month sentence while Jorge is fined £1.3m and given the same prison sentence

April 2017: Messi and his father launch appeal against the court’s sentence

Tax inspectors testified during the case that they found evidence that Messi’s father used companies in countries such as Uruguay, Switzerland and Belize to reduce tax on the player’s income from image rights.

Messi’s father said he was told by a legal adviser that the practice was legal. Barcelona issued a statement to ‘give all its support to Leo Messi and his father.’ During court proceedings, Messi insisted he had little knowledge of his financial affairs. ‘I was dedicated to playing soccer,’ Messi said.

‘I trusted my father and the lawyers that we had chosen to deal with our affairs. ‘At no time did I think that they could deceive me.’