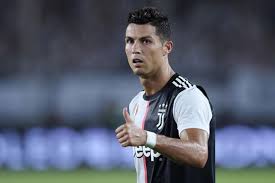 Cristiano Ronaldo fans can rejoice as the star footballer will be back in action when Juventus will host Sampdoria at the Allianz Stadium in Turin on Monday, September 21 @ 12:15 am IST.

It won’t be just the first Juventus game of the new season. This will be the first time that the Old Lady, the nine-timereigning champions of Serie A, take the field with Andrea Pirlo as their manager, a hire that was part of the whirlwind 48-hour period following that exit from the Champions League Round of 16 at the hands of Lyon post which the club sacked Maurizio Sarri.

Despite winning Serie A for the ninth season in succession last term, 2019-20 was seen as something of a disappointment for Juventus as they finished with their lowest points tally since 2010-11 and failed to win any other silverware. On the other hand, Sampdoria is expected to grow this term in a full season under Claudio Ranieri. He really boosted their fortunes last term, but he has to get a handle on their defensive issues. While Sampdoria scored in eight of their final 10 trips, they lost 11 of 19 on the road. That includes nine defeats at the top 10.

– Juventus have won 9 of their last 11 matches against Sampdoria in all competitions.

– Juventus have been winning at both half time and full time in 5 of their last 7 home matches against Sampdoria in all competitions.

– Juventus have scored at least 2 goals in their last 5 home matches against Sampdoria in all competitions.

– Interestingly, Juve striker Ronaldo has scored in all three of his matches against Sampdoria and he fan be fancied to fire his side to victory in this opening weekend fixture.

Where to watch Serie A 2020-21 match Juventus vs Sampdoria LIVE in India?

vs Sampdoria on Sony Ten 1 & Sony

Ten 2 on Monday @ 12:15 am. The leading sports broadcaster of the country will

streaming on SonyLIV. Fans can watch their favourite Serie A teams and players

back in action LIVE and Exclusive on SONY TEN 2 channels.