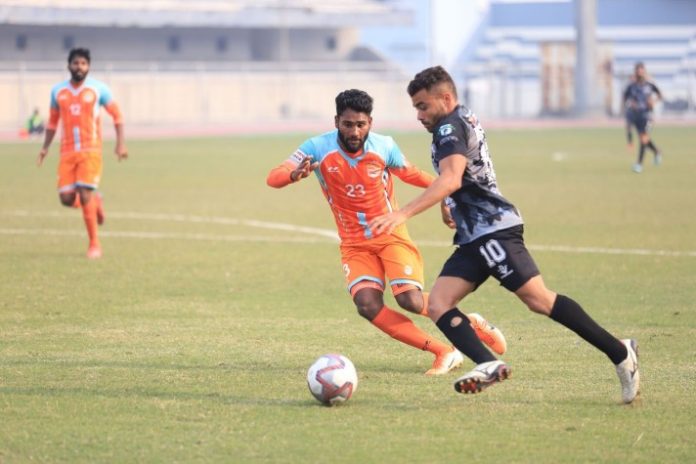 The hosts took the lead through substitute Dipanda Dicka in the 78th minute before Pedro Manzi equalized for the visitors in the 85th minute.

However, Punjab (formerly known as Minerva FC) were rewarded for their sheer persistence, through late goals from Thoiba and Barboza to register their first win of the season.

Punjab head coach Yan Law made a host of changes from his side that drew 1-1 at home with East Bengal. Anwar Ali returned to the line-up after having served his one-match suspension. Dicka started on the bench while Jason Hart returned to the eleven.

Akbar Nawas, on the other hand, fielded a conventional 4-3-3, looking to cause trouble to the Punjab full-backs. He made only one change from his Chennai City line-up that won 1-0 at home against TRAU FC, with Shem Martin Eugene starting in place of Fito Miranda.

Both sides kicked-off proceedings with serious attacking intent, looking to capitalise on the slightest of lapses. In the ninth minute, it was Punjab who came close to taking the lead. A deflected Calvin Lobo attempt on goal almost wrong-footed Chennai goalkeeper Nauzet Garcia Santana but the Spaniard did well to recover and make the save.

Punjab were threatening while in possession, stitching together forward passes while Chennai displayed a calmer approach by playing out from the back.

Dicka was introduced in the second half having replaced Girik Mahesh Khosla in the 56th minute. The substitution paid dividends, when in the 78th minute, Dicka leapt highest to meet a corner from Sanju Pradhan, as Punjab took the lead with twelve minutes to play.

The visitors, despite falling behind, didn’t give up the chase. In the 85th minute, a delivery into the box was met by Manzi, and he made no mistake in finishing it with fine aplomb to level the scores.

Punjab had now conceded a late equaliser for the second game running, but the complexion of the match turned on its head soon. A late scramble in the Chennai City box was fully capitalised on by Thoiba to restore his side’s lead.

The icing on the cake was added in the first minute of stoppage time. With four minutes added on, Makan Winkle Chote found himself in some space on the right flank which prompted him to deliver one inside the box, and the delivery was met spectacularly by a diving header from Barboza, who made it 3-1 for the hosts in spectacular fashion.

The win takes Punjab FC to the fifth place in the Hero I-League table with four points, while Chennai City slipped to sixth spot.