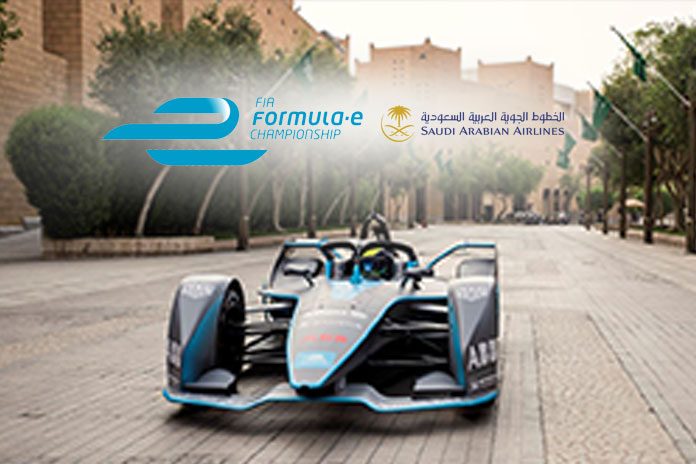 The announcement was made at Governorate Ad Diriyah, after Formula E driver Felipe Massa’s drive in the radical new Gen2 car through the streets of the Saudi Arabian capital.

“The airline welcomes fans from around the world to come aboard with SAUDIA as we get set to wish the teams all the very best for the race and a new era of electric street racing, starting with the SAUDIA Ad Diriyah E-Prix.”

Alejandro Agag, Founder & CEO of Formula E, “It’s fantastic news that SAUDIA is joining the ABB FIA Formula E Championship as official airline partner – ahead of the first race in Saudi Arabia and the debut of fully-electric racing in the Middle East.”

“The partnership continues to show the appeal of Formula E on a global scale and I’m proud to welcome SAUDIA to the Formula E family as the excitement continues to build for the opening round of season five on December 15.”