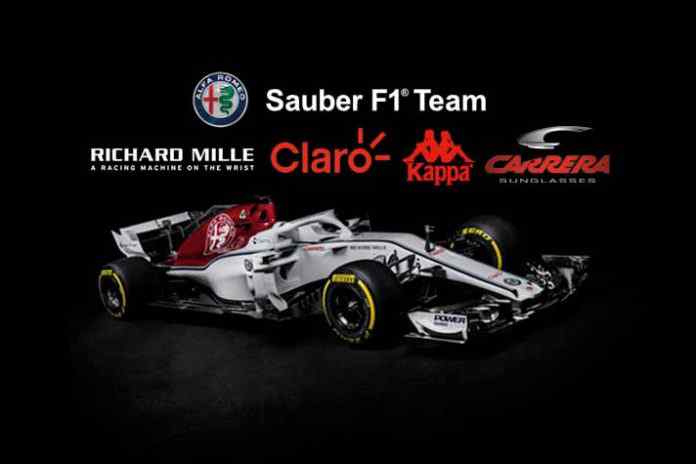 Alfa Romeo Sauber F1 team has announced four sponsorship deal signings and has also revealed its C37 car ahead of 2018 FIA Formula One World Championships. Three of the four deals were penned on the day of the new car launch. The fourth one is signed a day earlier.

Richard Mille has joined as a premium partner for 2018 FIA F1 season in a deal which will see its logo featured on the sides of the monocoques of the newly unveiled C37, as well as on the team gear and driver overalls.

Claro will benefit from its logo being featured on the rear wing endplates and the front noses of the two C37. Joining the Alfa Romeo Sauber F1 Team for its first chapter in Formula 1, Claro continues its journey with the team as Premium Partner in 2018.

Sports brand Kappa as an official partner of the team will supply the race team and drivers with the official team gear. The brand, in return, will benefit from its logo being featured on the headrest of the two C37, as well as the race overalls of team’s two drivers.

Carrera, signed as team’s premium partner in a multi-year deal, will bring its distinctive eyewear collections into the world of Formula 1 and supply the team drivers with sunglasses and optical frames.

Meanwhile, the team has unveiled its new machine C37 ahead of the world championship that kicks off next month in Melbourne, Australia. The car looks different to last year’s C36 – on one hand, is due to the new technical regulations, and on the other hand, because of the team’s new technical approach, the team’s statement read.

The official rollout of the C37 will take place on the occasion of the first winter tests at the Circuit de Catalunya near Barcelona from the 26 February to the 1 March.