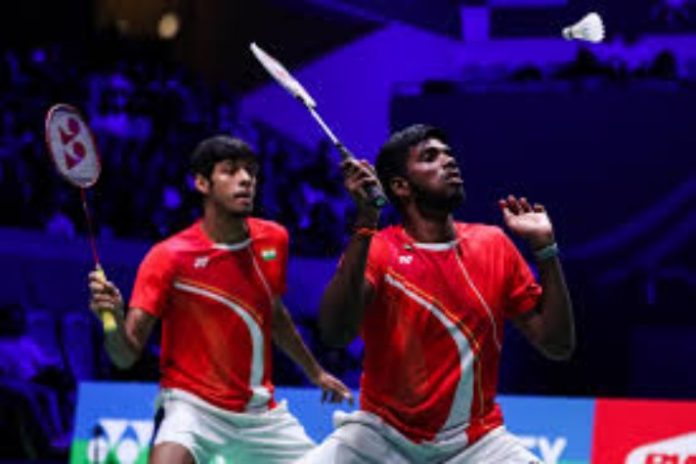 Satwik and Chirag had a breakthrough season as they claimed their maiden Super 500 title at Thailand Open and finished runners-up at the French Open Super 750 to grab a career-best ranking of world number 7.

Their stellar show also earned them a nomination for the ‘Most Improved Player of the Year’ (singles and doubles combined) award by the Badminton World Federation.

“They have made good progress this year but there are few things which they need to change. They have the capability to win a medal at Olympics but they need to be more consistent in terms of shot selection, on-court strategy and have to improve overall,” Limpele, who was roped in by the Badminton Association of India (BAI) in March, told PTI.

“They have good offence but their defence is not good. Their performance has been up and down and Olympics is not very far now, so they need to work on their defence. Also, once they have more experience, they will do well against the top international pairs,” said the Indonesian.

Limpele also stated that bad attitude of the players and lack of team work is affecting the growth of doubles in India.

“It has to do something with the attitude of the players. It becomes a problem in doubles because it is a team effort. It is not individual sport, so you need a caring partner, you need to train and spur together, push each other,” he said.

“They need to have the same target, need to be on the same page, if they are not, it is not possible to win tournaments.

“Sometimes they are not receptive to my ideas, not putting enough effort, they are thinking individually, not as a team.”

Limpele feels a change in the mindset of the players can help India rise fast in doubles.

“All countries have different cultures but as a coach I have my own ideas which I want to change. The thing is, it is not very difficult to do that, if they can do that, doubles will fast develop in India.

“As a coach, my job is to change all that, make a good team work, and I will try to do that, that’s how Satwik and Chirag came up. They are most receptive to my ideas and so the results are showing. I’m there to help.”

Limpele said things are slowly changing and hope he can guide India to its first ever Olympic medal in doubles at Tokyo next year.

“Before I came here, doubles in India was good but not enough to be in super series level. People used to say single is more favourite instead of doubles. So that is also why doubles is behind singles in India. But now it’s changing slowly,” he said.

“Indian system is unique, and handling the attitude of the players are challenging for me. My contract is until Olympic Games 2020. So, let’s see how it goes. I do hope I can bring doubles medal from Olympics. God willing, I do hope so, hopefully the player are also willing to work hard for the medal.”

Asked about Indian coaches, Limpele said: “No disrespect to the Indian coaches but I believe India still need time to have a proper coach for Super Series level. But soon it will happen. Japan also didn’t have any one before but now it has started, of course with the help from foreign coaches.”